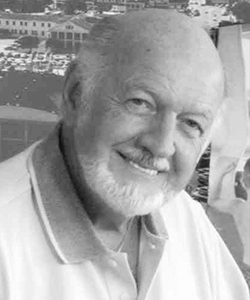 Jack Thompson began taking pictures of Myrtle Beach in 1951 when he was 13. He is considered the keeper of the Grand Strand's photographic history. A sample of his extensive pictorial collection is documented in his most recent book "Memories of Myrtle Beach."

Thompson, who grew up in Greenville, graduated with honors from Myrtle Beach High School in 1957. He went on to found Myrtle Beach's first news magazine, "Insight into the Grand Strand," followed by the area's debut golf magazine, "Grand Strand Golfer." Other books he wrote and photographed included Reflections in Time and Growing Up with Shoeless Joe, co-authored with his brother. He has held numerous exhibitions of his work, including "Photographic Reflections of Old Myrtle Beach" at Coastal Carolina University's Rebecca Randall Bryan Art Gallery. He chaired the All Aboard Committee, credited with restoring the old Myrtle Beach Train Depot.

Thompson was awarded the honorary degree Doctor of Fine Arts from Coastal Carolina University during the May 2006 commencement ceremony.