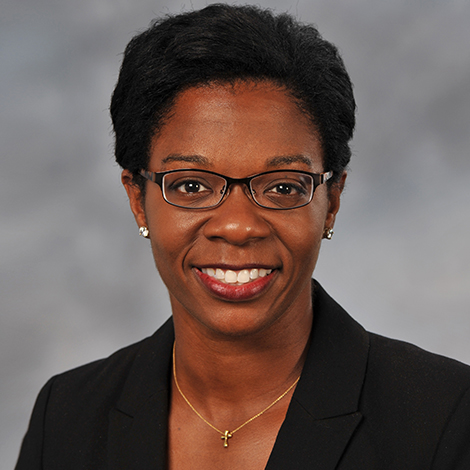 Office Hours
Monday and Wednesday 11 a.m.-noon and by appointment.

Atiya Kai Stokes-Brown is Professor of Political Science at Coastal Carolina University (CCU). A dynamic leader with more than 15 years of experience working in higher education, Dr. Stokes-Brown has worked collaboratively in numerous capacities across college communities, demonstrating strong academic and administrative leadership, and a deep passion for liberal arts education.  Most recently, she provided campus-wide leadership regarding the importance of diversity, equity, inclusion and belonging to the educational mission of the university serving as Vice President for Diversity, Equity and Inclusion.  In this role, she was responsible for advancing strategies and policies that advance diversity, equity, inclusion and belonging as key parts of the institution’s strategic plan. Her many responsibilities included developing and conducting CCU’s first All Campus Climate Survey; developing and implementing CCU’s first diversity, equity and inclusion strategic plan; developing bias response policy; advancing DEI professional development opportunities; and enhancing efforts to recruit and retain a diverse faculty and staff.  She led the Division of Diversity, Equity and Inclusion and ran the division’s administrative and faculty/staff facing office, the Office of Diversity and Inclusion (ODI).  She also provided administrative supervision for the office of Intercultural and Inclusion Student Services and the office of Accessibility and Disability Services.

Prior to serving as Vice President for Diversity, Equity and Inclusion at CCU, Dr. Stokes-Brown served as a tenured faculty member in the Department of Political Science at Bucknell University and held several administrative positions at the university including Interim Associate Provost for Diversity, Faculty Fellow in the Office of the Associate Provost for Diversity, and Assistant Dean of the College of Arts & Sciences. Dr. Stokes-Brown has presented and/or participated in a number of diversity and multicultural workshops and organizations such as the Association of American Colleges and Universities (AAC&U), the Consortium for Faculty Diversity, and the Liberal Arts Diversity Officers (LADO), as well as at various colleges and universities.

Drawn to academia by the desire to give back and help build inclusive communities, Dr. Stokes-Brown received her Ph.D. in Political Science from the University of Maryland, College Park and her master’s in Political Science from Temple University.  She graduated Phi Beta Kappa with bachelor degrees in Politics and Dance from Randolph-Macon Woman’s College (currently known as Randolph College).  She is also a graduate of several competitive leadership programs including the Penn State Center for the Study of Higher Education Academic Leadership Academy; the National Association of Diversity Officers in Higher Education (NADOHE) Standards of Professional Practice Institute, and Higher Education Resource Services (HERS) Bryn Mawr Summer Institute.

Dr. Stokes-Brown’s teaching interests include American Politics, Racial/Ethnic Minority Political Behavior, Latino Politics, Women and Politics, Campaigns and Elections, and Congressional/State Politics.  She has more than 15 publications broadly centered on the political incorporation of women and racial/ethnic groups into the American political system, and issues of representation.  She is the author of The Politics of Race in Latino Communities: Walking the Color Line (Routledge, 2012, 2014) and her work has appeared in several peer-reviewed journals including the Journal of Politics, American Politics Research, Politics and Policy, the Journal of Elections, Public Opinion, and Parties, Social Science Quarterly, National Political Science Review, and Political Research Quarterly. She is also the author of several peer-reviewed book chapters.

A native of Philadelphia, PA and a graduate of the Baldwin School in Bryn Mawr, PA, Dr. Stokes-Brown resides in Myrtle Beach with her family.