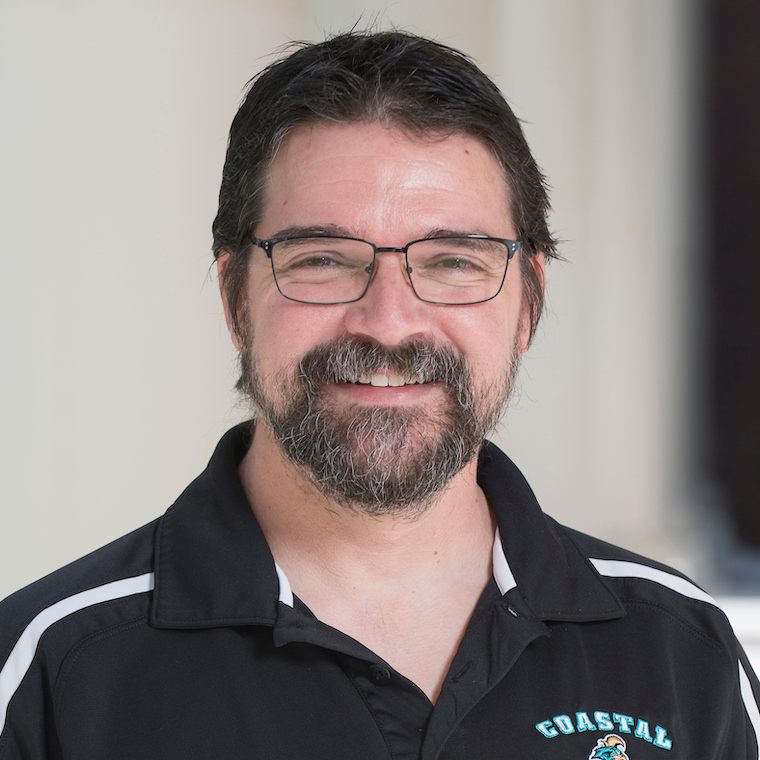 If everybody does something, nobody has to do everything."

Thom has appeared regionally at Sugarloaf Mountain Amphitheatre in Chillicothe, Ohio; Trustus in Columbia, South Carolina; the Dallas Theater Center, Kitchen Dog Theatre, the Shakespeare Festival of Dallas, Theatre Three and WaterTower Theater in Dallas, Texas; and the Milwaukee Repertory Theatre in Milwaukee, Wisconsin.  You may have seen Thom’s work as a Fight Choreographer in CCU’s productions of Hamlet, I Hate Hamlet, Batboy: The Musical, A Streetcar Named Desire and Cabaret.  He made his CCU directing debut with the 2005-06 season’s opening production of Moon over Buffalo.  Thom received a prestigious 2000 Leon Rabin Award nomination for Best Actor in a Leading Role for his portrayal of the villain Iago in Othello.  Thom is committed to arts education and believes in the power of the arts to enrich and revitalize a community.