Although Lacquan Irby might come across as shy, don’t let it fool you. The information technology senior from Spartanburg is described by those who know him as an open and friendly individual. It makes sense that he is more outgoing than quiet considering the important role he plays on campus – Student Government Association vice president of public relations.

“I think students know about SGA, but they don’t know how much we can actually get done around campus if they work with us,” Lacquan explains, detailing his main message to students.

However, Lacquan understands that before students are able to work with SGA, they must know what SGA is. By establishing a strong social media presence, circulating an informative newsletter and holding table talks, he hopes to communicate exactly what Coastal’s student government is all about.

Outside of his leadership role, Lacquan just enjoys being part of the #TEALnation community. He holds CCU in high regard for making his college transition smooth.

“Coming here I didn’t know what to expect because I had never been away from home. But when I got here, CCU became my family; everyone embraced me,” Lacquan reflects.

Upon graduating, Lacquan would like to move to Washington, D.C. Describing himself as “optimistic,” he wants to make a splash in our nation’s capital. With a dream to pursue a career working for the federal government in cybersecurity, Lacquan is excited for what life has in store.

“I’m always open to whatever comes next,” Lacquan says.  “I’m never really closed off. I always look forward to the future.” 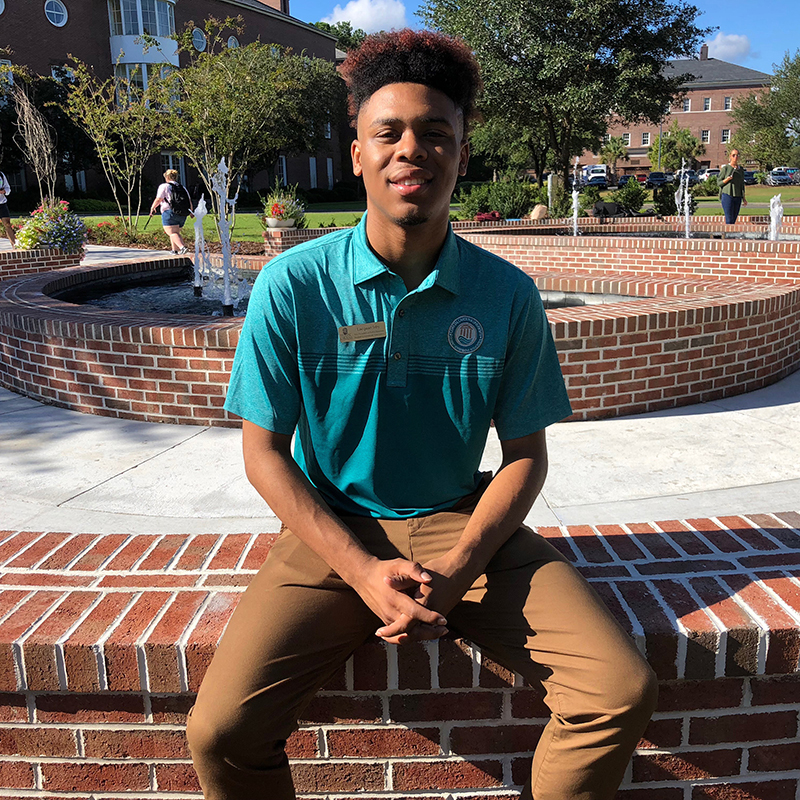 How did you hear about Coastal?: I was a junior in high school and was looking for colleges that were far away from home and also near the beach and Coastal popped up.

Why did you come to Coastal?: I came to CCU because of the scenery. I also came because a program was offered that allowed you to complete your computer science major at the University but also earn a degree in engineering.

Favorite aspect of living in the Conway/Myrtle Beach area?: Broadway at the Beach

Clubs/Intramurals/other extracurricular activities involved in?: Student Government Association, Coastal Activities Board, The National Association for the Advancement of Colored People, and African-American Initiative for Males

Do you work anywhere currently (either on or off campus)?: I work on campus as a building manager for the Lib Jackson Student Union.

Plans after graduation?:  I plan to move to Washington, D.C., and pursue a career in government for cyber security.

What are your hobbies?: Video games, Netflix, hanging out by the beach, going to concerts and sporting events, spending time with family.

Do you have any hidden talents?:  I was a percussionist in high school, so I know how to play at least 20+ Instruments including the Marimba with four mallets.

Bonus Info:  I am really excited to be part of SGA and help the voices of students be heard.