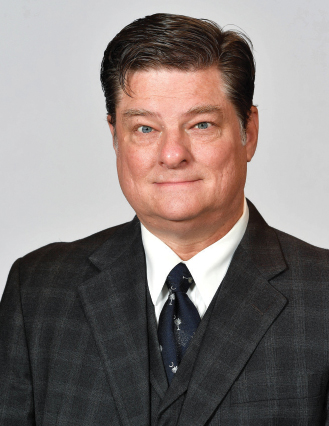 Fifty years ago last summer, five burglars were arrested in the headquarters of the Democratic National Committee at The Watergate. Seized were 50 rolls of film and a trove of bugging equipment designed for installation on telephones or in ceiling fixtures. All those arrested were anti-Castro Cuban freedom fighters except for one man, whose day job was as a security consultant for the Republican National Committee.

Looking back 50 years, it seems curious that the arrest of an RNC operative inside the DNC didn’t break the 1972 presidential election campaign wide open. But in the summer of ’72, President Richard Nixon was at his highwater mark. Though he found himself lagging in the polls earlier in the year, he had gained great momentum after successful summits in Beijing and Moscow and having found a way to extricate America from Vietnam without surrendering.

Perhaps another reason the RNC-DNC incident didn’t become a scandal until much later was due to the soon-to-be-nominated Democratic candidate. Senator George McGovern (D-S.D.), who represented the left fringe of the party and had a plodding speaking style, was a weak opponent to be sure. It just didn’t make sense to prosecutors or the press that high officials with Nixon’s Committee for the Re-Election of the President would need to spy on McGovern’s foundering campaign. It just had to be a freelance operation.

But the June 1972 bugging was only one in a series of operations conducted by entities connected to Nixon. In 1971, when RAND Corporation analyst Daniel Ellsberg provided classified government reports on the U.S. military’s conduct in the Vietnam War to the left-leaning Brookings Institution, Nixon White House aide Charles Colson proposed a unique method of returning the documents: start a fire at Brookings. Fake firefighters would be sent into the building to snatch the papers back. That project was scratched, but a new anti-leak unit was established at the White House known as “The Plumbers.” Their goal was to stop the leaking of embarrassing government information, or failing that, to besmirch the reputations of the leakers.

The burning question of Watergate was articulated by Senate Watergate Committee Vice Chairman Senator Howard Baker (R-Tenn.): “What did the president know, and when did he know it?” We may never find the answer to that question in full. Even after it was determined that the president had “bugged himself” by installing listening devices in the White House, recordings do not provide a complete record of every word uttered by Nixon during his presidency.

Then there is the question of why the burglary happened. Richard Nixon was one of the brightest residents of 1600 Pennsylvania Ave. But he was a tortured soul. Introverted and pessimistic, Nixon preferred his “hideaway” office in the Executive Office Building to the more public Oval Office. There he remained for hours on end, alone or with a few trusted aides repeating conspiracy theories about the media, Eastern elites, academics, political opponents, and Vietnam War protestors. That brooding was most likely his undoing, for a number of the key figures in the Watergate scandal stated that while the Ellsberg burglary was about finding dirt on an enemy, one of the chief goals of Watergate was to learn what the DNC had in their opposition research file on Nixon. The need for “political intelligence,” was a part of Nixon’s personality and a dog whistle to ambitious and incompetent underlings. The rest is history.