Nemeth nominated for 2021 NCAA Woman of the Year award

Anett Nemeth was nominated by the Sun Belt Conference for the 2021 NCAA Woman of the Year award. She earned a bachelor’s degree in business management in May 2021. She recently signed a professional contract with the SC Potsdam in Germany. Nemeth finished her CCU career with 1,145 kills (ranked 10th in school history), a 4.39 kills per set average (ranked second in school history), a .304 attack percentage, 186 set assists, 84 service aces, 599 digs, 199 total blocks, and 1,343.5 total points. Her average of 5.15 points per set also ranks second all-time at CCU. Established in 1991, the NCAA Woman of the Year award recognizes graduating female college athletes who have exhausted their eligibility and distinguished themselves in academics, athletics, service, and leadership throughout their collegiate careers. 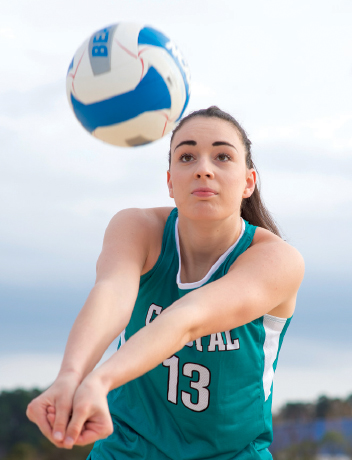