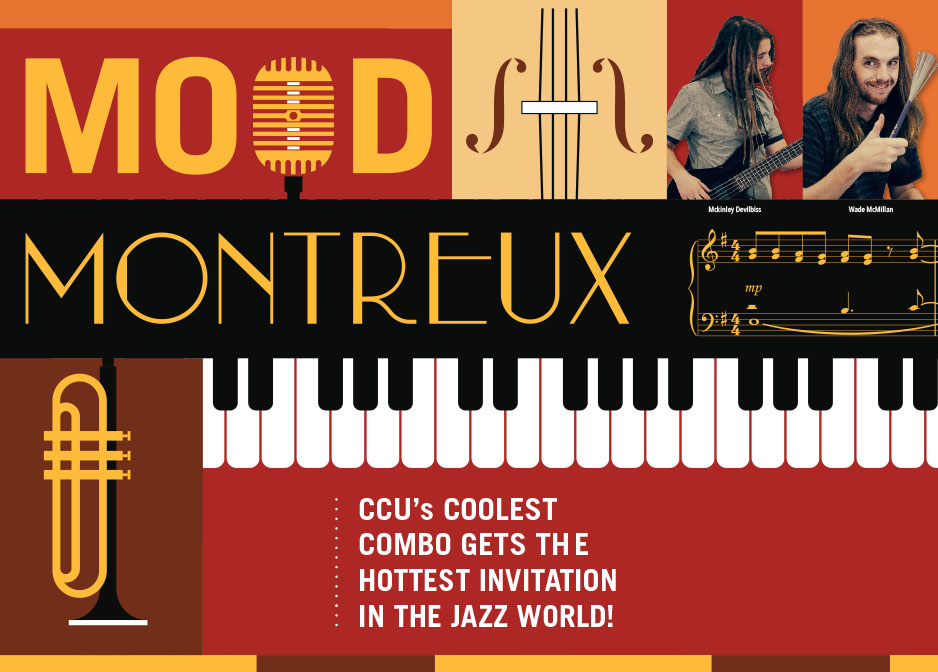 This past spring, the ensemble received its first-ever award for outstanding performance as an undergraduate blues/rock/pop group from the premier music magazine DownBeat. Even greater accolades came in July, when the combo was invited to perform at Europe’s greatest jazz festivals: Montreux in Switzerland, Jazz á Vienne in France, and Umbria Jazz in Italy. Coastal Carolina University Jazz Combo members Liz Kelley-Tavernier, J.P. Taylor, Tim Hardwick, Wade McMillan and Mckinley Devilbiss had the time of their lives, as is evident in the following photo-diary that Liz and Tim kept during the trip.

After a very long day of travel, we arrived at our hotel in the beautiful mountain town of Brienz, Switzerland. I think I can speak for everyone in our group in saying that after just one day we are ready to pack up and move to Switzerland.
– Liz

Brienz was absolutely gorgeous, but playing there the night before was only a warm-up gig for what was to come. Once packed up, we headed to Montreux. This was the first of our two days performing for “Music in the Park.” This was the stage that was open to the public and all passersby.

The audience was incredibly receptive and the mutual excitement proved to be a high-energy experience for all. Afterward, we had dinner at a Swiss Kabob restaurant and got to soak up some of the Swiss culture and nightlife. Can’t wait for tomorrow!

Our second day at Montreux was a blast! We got to see the 76-year-old Herbie Hancock and the 74-year-old John McLaughlin. True living legends! Between their sets was the John Scofield/Brad Mehldau/Mark Guiliana trio, which was personally the greatest musical treat thus far.

Our journey to Vienne, France, was really quite stunning. We took the train a few hours through the mountains and countryside and arrived in time for the afternoon sound check and concert. The stage was in the middle of town, surrounded by Roman ruins. The performance went so well that the crowd clapped for an encore! Later that evening, we enjoyed a concert at the Roman Amphitheatre/main stage with performances by Lisa Simone (daughter of Nina Simone) and the Randy Weston African Rhythms Quintet.

This was our first day off from performing. After getting to sleep in and finally adjusting our bodies to the six-hour time difference, this was our chance to see the city of Vienne. Along with medieval ruins of castles and a cathedral, one of the coolest things we saw was the 2,000-year-old stone structure that is believed to entomb Pontius Pilate. Later that evening, the entire CCU gang had a three-course gourmet French dinner in a shaded alleyway. 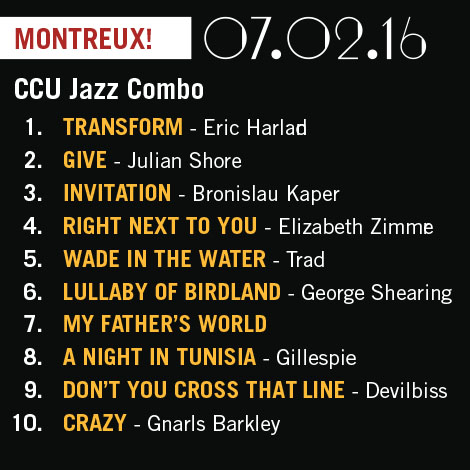 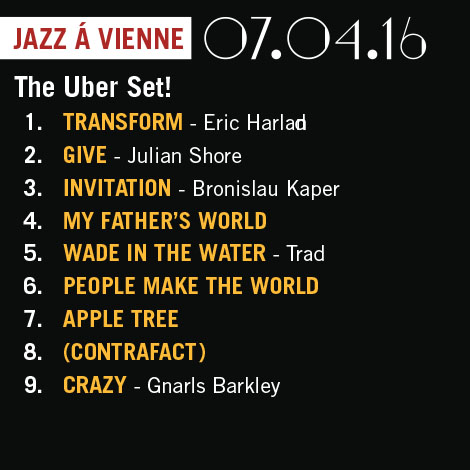 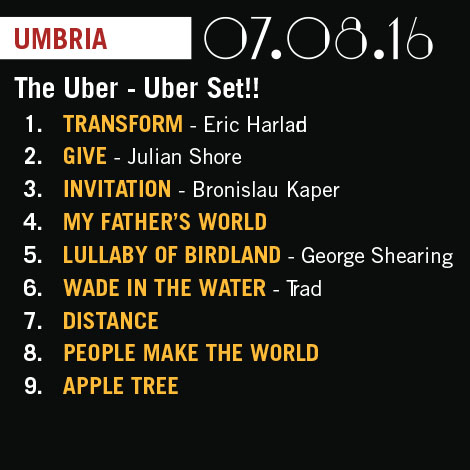 We had another day off from performing and spent the day en route to Italy. Our first stop was Turin, where we met up with our second tour guide, Bobby. We enjoyed dinner and gelato together and had the best freshly squeezed orange juice at a small local cafe!

We got a tour of the city of Torino, Italia (Turin, northern Italy, just below the Alps). After seeing many historical landmarks and buildings, we visited the cinematic museum, where we learned about the impact Italian innovators had on the history of filmmaking. Later that afternoon, we played for a peace rally at the Italian Buddhist Institute. From there, we traveled to our second gig of the day in a vintage VW van. It was a small, hole-in-the-wall gothic bar and we played for a small, kind and very receptive audience in the opening out back between a couple of apartment buildings.

Today we traveled to Perugia, Italy, for the Umbria Jazz Festival. After checking into our hotel, we had just enough time for our sound check before we went on stage. The was at the end of a street next to a huge church, and the view was spectacular. A protest march for Italian secession from the EU took place in the street just before we took stage! We attracted a big crowd and many sang along with the pop songs they recognized. After the performance, we had dinner with the most incredible view of the sun setting on the city and the neighboring mountain range.

Roma, Italia! This was our day as typical tourists. Our guide, Bobby, took us to see the Colosseum (Colosseo), the Spanish Steps and the Pantheon. The city is truly amazing, and later that evening we had dinner at a restaurant that donates to those with special needs and employs them as servers.

This was certainly a sort of bittersweet day as it was our last performance together in Europe (for now). We were picked up from our hotel by a tour bus and traveled to the small town of Castiglione in Teverina, about 90 km outside of Rome. The town is located on the top of a hill, and we were hosted by and performed at a winery. We were given a tour of the wine factory by a local sommelier and received a very warm welcome from the town residents! We enjoyed dinner with some of the owners of the winery and performed on their stage in the evening. After the performance, the owner gave us a late night tour of the truly captivating city. It was a perfect way to end such an incredible trip.

A few short clips of their performances: