A Great Life: An interview with Edward M. Singleton

ABOVE: The spread of "A Great life: An interview with Edward M. Singleton" from the Fall 2000 issue of Coastal Magazine

A Great life: An interview with Edward M. Singleton

Edward M. “Dick” Singleton, in addition to being Coastal’s chancellor emeritus, is perhaps the university’s most devoted fan, booster and advisor. The institution’s longest-serving chancellor (1963 to 1983), Singleton, 77, is a familiar presence on campus, in regular attendance at sporting events, faculty gatherings and meetings of the Coastal Educational Foundation. He serves as a senior advisor to Coastal president Ronald R. Ingle and maintains a small office on the second floor of the building that bears his name. Coastal Carolina University Magazine talked with him recently after his daily walk on Coastal’s track.

How did you get started in education?
As a teacher coach. A lot of school administrators start this way, through coaching. I was a high school and college athlete and I earned a degree in physical education from the University of South Carolina. My goal was to teach and coach at the high school level and I started with the Conway City Schools. Coaching led to administration work – I was an elementary school principal and then I was superintendent of the Conway City Schools from 1961 to 1963.

And then you came to Coastal?

While I was a principal and superintendent, several members of the Conway Board of Education became members of Coastal’s board, which later became the Horry County Higher Education Commission. They asked me if I was interested in the position of director of the college. That appealed to me, even though the salary was about $2,000 less than what I was making as superintendent. The commission matched my previous salary and I started as executive director of Coastal Carolina College, then a two-year branch campus of the University of South Carolina, in 1963. It was understood that I would pursue an earned doctorate, which was accomplished in 1971.

Were you here when the present campus opened?

You might say that the first building and I arrived at about the same time. I think I was here maybe nine months before the building officially opened. I recall very well the first registration in September 1963 in this building with that beautiful horseshoe out front – that’s all that was here. We registered 110 students that year, which we thought was a great success.

During those first few years I was often a speaker on the local civic club circuit, talking about Coastal. I always took a very positive stance on the potential growth of the college, and I would say “One day we will have 1,000 students enrolled at Coastal.” After the meeting, someone would say to me, “You don’t really believe you’ll ever have 1,000 students, do you?” I’d say, “No, but it sounds pretty good, doesn’t it!” And of course, now the enrollment is approaching 5,000.

What were some of the highlights of your tenure as chancellor?

I suppose the most significant developments were when we added a junior year and then a senior year, making Coastal a full, four-year, degree-granting institution. The graduation ceremony in Kimbel Gymnasium in 1975, when we made our first presentation of four-year degrees, distinctly stands out in my mind. The opening of Wheelwright Auditorium in 1981 was significant not only for Coastal but for the entire area. Our first top drawer presentations at Wheelwright included Pirates of Penzance, the Air Force Chorus and Band, Annie Get Your Gun, Art Linkletter, and our own talented stars Carolyn Cox, Joyce Parker, and Philip Massey. I recall fondly our first graduating class of registered nurses, and the quick success of some of our graduates in the business and tourism arena on the Grand Strand.

Athletics have always been a particular passion of yours.

Coastal is my team and I do what I can to support them. I seldom miss a basketball game – men’s or women’s – or a baseball or softball game. I try to attend other sporting events, too. I remember back some 25 years ago, when I was a chancellor, a group of faculty members and I were going to see Coastal’s basketball team play an away game at Pembroke State. I always requisitioned a campus vehicle, a station wagon, which would seat six people easily because it had a pull-down seat in the rear. Paul Stanton, Dan Selwa, Sandy Baird and I were already in the vehicle and we went by to pick up the last two passengers, Gerry Boyles and Steve Nagle. Well, it turned out there was no rear seat in this car – just a hole with a spare tire. Steve got a couple of bean bags and he and Gerry sat on them all the way to Pembroke State and back. I always get a chuckle when I think of those two Ph.D.s sitting on bean bags jammed up against the back window of that station wagon.

And since your retirement you’ve continued to be very active.

When I retired a lot of people advised me to just walk away, enjoy life and don’t look back. I tried to do that for a couple or three months, but this institution has been my whole life and I just couldn’t do it. I had so much interest in it and its well-being I just couldn’t walk away. I’ve been keenly interested in the welfare of Coastal. And when Ron Ingle became president he very graciously offered me the title of senior consultant, which gives me a sort of quasi-official role in the university in the capacity of an advisor. I also serve on the Coastal Educational Foundation, the eleemosynary corporation which helps fund the university, and on the board of directors of the CINO club.

What are you most proud of?

Nearly everywhere I go, whether it’s in a restaurant, at a civic club meeting, or just on the street, Coastal graduates come up to me and greet me cordially. Many of them tell me they wouldn’t have been able to get a college degree if they had not had the opportunity to live at home, eat meals that their mother cooked, get in a car or a carpool and drive to coastal. When Coastal was founded the nearest colleges were Coker and UNC Wilmington, both about 80 miles away. So it’s very gratifying when these former students -- some of them now medical doctors, attorneys, Ph.D.s – come up and tell me what Coastal has meant to them. Also, I’m very proud of contributions leading toward Coastal becoming a free-standing, independent state university, which is perhaps the greatest moment in our history. This campus and I started together in 1963. That’s 37 years I’ve been walking across these hallowed grounds. It’s been a great life. I’m very happy that I was able to contribute to the higher education movement in this region, but I think sometimes I’ve been given more credit than I actually deserve. All I did was sit in the back of the boat with my hand on the rudder and try to let it take its course, turn it loose and let it go. 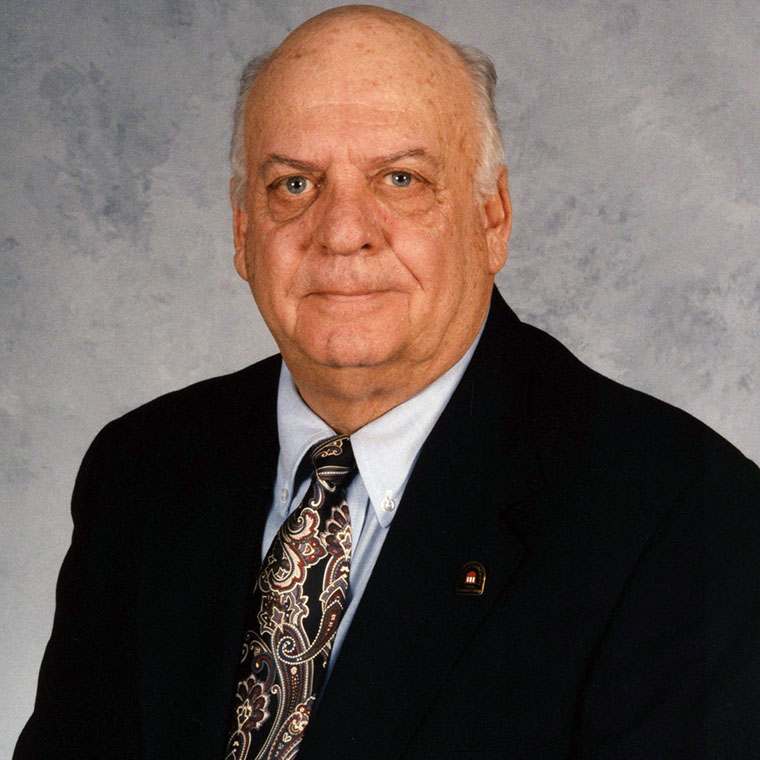 Dick Singleton passed away in 2011.