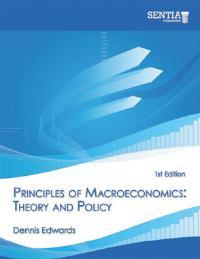 Dennis Edwards, professor of economics in the Wall College of Business, has written a textbook, Principles of Macroeconomics:  Theory and Policy, designed for the contemporary study of economics. The book is written in a conversational style and is filled with everyday examples that make studying economics much less esoteric, according to Edwards. Paying special attention to the often-ignored international sector, the book contains several historical policy examples that illustrate whether or not theory is as effective as the models predict. The text is suitable for two- and four-year colleges and universities as well as practitioners who need a basic economics refresher for MBA study.

Edwards, who joined the CCU faculty in 2002, teaches macroeconomics at both the entry and intermediate levels. During his time at CCU, he has also developed courses on U.S. economic policy and national security. His research expertise centers on American fiscal studies and post-9/11 terrorism. 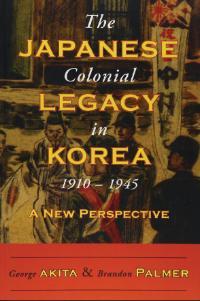 By George Akita and Brandon Palmer

In this new book, CCU history professor Brandon Palmer and fellow Asia historian George Akita, an emeritus professor at the University of Hawaii, re-examine Japan’s policies in Korea from 1910 to 1945. The book continues Palmer’s revisionist scholarship on the Japan-Korea relationship that he presented two years ago in his book Fighting for the Enemy: Korea in Japan’s  War, which described Japan’s dealings with Korea during the World War II era. Now, in The Japanese Colonial Legacy in Korea, 1910-1945, the authors allege that Korea suffered less under Japanese rule than is traditionally thought. Based on a careful analysis of archival documents and recent scholarship, Akita and Palmer present a different view of the period, emphasizing “the origins and reasonableness of Japanese colonial policies, especially in light...of Japan’s strong legalist tradition.”  Their conclusions appear to have rankled some scholars in this field of history.

It Had Been Planned and There Were Guides: Stories 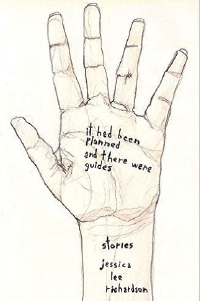 This debut collection of short stories by Jessica Richardson, a visiting assistant professor at CCU, won the 2014 Ronald Sukenick Innovative Fiction Prize. The book, published in the fall of 2015, collects 22 of Richardson’s stories, which are notable for their imaginative range and experimental daring. Roughly half the stories are arranged under the heading “Descent” and the remainder under “Ascent.”

According to the publisher’s description, the book “teems with double magic—families of spiders, monsters in triplicate, and panels of bleacher-sitting grandfathers (who live in a diaphragm!) cohabitate with a starker, more familiar kind of strange in a hyper real and living tapestry of teenage porn stars, lovelorn factory workers and art world auctioneers. From a woman who awakes from a short kidnapping with an unquenchable need for risk to a concrete boat ride gone off the rails, from Los Angeles to the Bronx, from the Midwest to North Korea, these stories explore the absurd in real spaces and the real in absurd spaces, seeking a way into something else entirely.”

Lines of Scrimmage: A Story of Football, Race, and Redemption 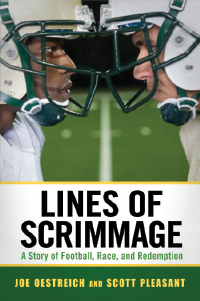 By Joe Oestreich and Scott Pleasant

In the fall of 1989, local headlines as well as the hearts and minds of the Conway community were fixated on football. When African-American quarterback Carlos Hunt was benched in favor of a less experienced white player, 31 of the team’s black players quit in protest and boycotted the season. The ensuing controversy, embodied in principal antagonists H.H. Singleton, the local NAACP leader, and Chuck Jordan, Conway High School’s head football coach, divided the town along racial lines and stirred a sense of civic unrest over issues that had been dormant for many years. The gridiron struggle attracted national media attention and was covered in Sports Illustrated and USA Today and on ABC News.

Joe Oestreich, associate professor of English, and Scott Pleasant, coordinator of CCU’s Writing Center, have teamed up to write a history of this defining moment of local history. Alternating between “Then” and “Now” chapters, the authors demonstrate how the events of that season still resonate in the football culture of Horry County.

Undead Souths: The Gothic and Beyond in Southern Literature and Culture 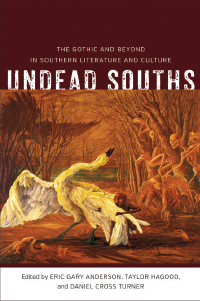 William Faulkner’s famous remark—“The past is never dead, It’s not even past.”—hints at the pervasive presence of ghosts in the Southern psyche. In the mind of the South, supernatural phenomena take more complex and perhaps more sinister forms than the zombies and vampires that have infested our popular culture.

According to the editors of this study, among them CCU’s own Southern culture specialist Daniel Cross Turner, “undeadness also appears in symbolic, psychological and cultural forms, including the social death endured by enslaved people, the Cult of the Lost Cause that resurrected the fallen heroes of the Confederacy as secular saints, and mourning rites revived by Native Americans forcibly removed from the American Southeast.”  The resulting book is described as “an engaging and inclusive collection that chronicles the enduring connection between Southern culture and the refusal of the dead to stay dead.” 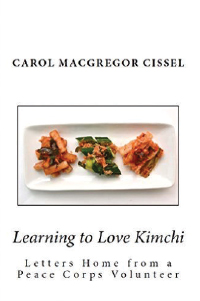 This memoir by CCU accounting instructor Carol Cissel revisits her adventures as a Peace Corps volunteer in South Korea during the 1970s. A few years ago, Cissel came across a shoebox filled with long forgotten letters she had written to her mother from Korea. Reading them, she was moved by the experience of rediscovering her youthful self and the events that helped to determine the course of her life.

She writes in the introduction: “As I dove into the letters, I found myself chuckling and sometimes gasping at my naiveté.... At other times, I was delighted and amazed by the stories and details of my daily life in Korea. At still others, I shed a few tears, re-experiencing the beginning of the relationship with my late husband.... When I told [my] son about finding the letters, he encouraged me to write the book I had always talked about writing.” The letters form the basis of Cissel’s story.