Coastal Carolina University will receive a $5,000 matching grant as a part of the new French Embassy–Generation Study Abroad Scholarship for 2016-2017. The program, sponsored by the Institute of International Education (IIE), supports study abroad scholarships targeted to underrepresented students who traditionally do not go abroad due to the lack of sufficient resources. 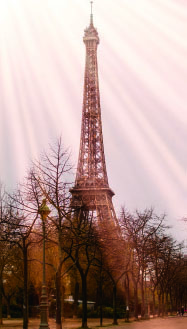 The program, which is supported by the Embassy of France, is being launched this year as a component of the Transatlantic Friendship and Mobility Initiative, a joint effort of the U.S. Department of State and the French Ministry of Foreign Affairs to strengthen the historic ties between the U.S. and France by doubling the total number of French students studying in the U.S. and American students studying in France by 2025. As one of the original group of commitment partners of the Generation Study Abroad initiative to enhance study abroad for U.S. students, CCU was eligible to submit an application for the program.

Being named one of the five award recipients will enable CCU to provide $2,500 scholarships for four students that will offset expenses for study-related travel to France, tuition and books during the 2016-2017 academic year.

According to Darla Domke-Damonte, CCU’s associate provost for global initiatives, the application targeted first-generation college students, veterans of the U.S. Armed Forces, high financial need students or those pursuing international internships in France in an effort to expand the diversity of our study abroad participation. CCU is seeking to double study abroad participation in the coming four years.

With less than 10 percent of American college students studying abroad – and an average of 18,000 in France per year – the IIE Generation Study Abroad Scholarship Program aims to facilitate the participation of more U.S. students in academic, internship or service-learning experiences abroad.