Since it was launched in April 2016, I’M IN – The Endowment Campaign for Coastal Carolina University has attracted significant support, including two substantial gifts. 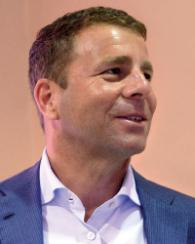 has been established in the E. Craig Wall Sr. College of Business Administration. The lab was made possible through a $250,000 gift from Richard Pilosof, a 1983 CCU finance graduate, and his family in support of the I’M IN campaign.

Located on the first floor of the Wall Building, the state-of-the-art lab is equipped with world-class investment management software, 27 student terminals with dual monitors, two large-screen televisions that provide access to financial news channels, and a 15-foot ticker display with scrolling financial information.

Pilosof is a managing partner and CEO of RP Investment Advisors. In 1987, at age 27, he became the youngest managing director for the Royal Bank of Canada Capital Markets. He was credited with significantly increasing RBC’s percentage of revenues earned from operations outside of Canada. Pilosof was one of five Top Tier Chanticleers featured in the cover story of a previous issue of the Coastal Carolina University Magazine. 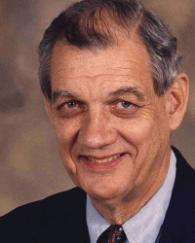 The Brittain family of Myrtle Beach has established the Brittain Family Scholars Program with a $500,000 gift to Coastal Carolina University. The endowed program, created to benefit high-achieving Horry County high school graduates, will offer one of the most academically and financially competitive scholarships available at CCU.

The Brittain Family Scholars Program will award up to two $10,000 scholarships each academic year. To be eligible for the scholarship, Horry County students must have earned a high school GPA of at least 3.75 and have an SAT score of at least 1,400 or an ACT score of least 32. Recipients must also be actively involved in the community.

Brittain was named an honorary founder of the University in 1995. He was a member of the Coastal Educational Foundation from 1976 to 2016, and served a term as president. Brittain was instrumental in the establishment of the University’s PGA golf management program. In 2001, the Clay Brittain Jr. Center for Resort Tourism was established. A campus academic and office building was named in his honor in 2013.

The Endowment Campaign for Coastal Carolina University was launched in April to increase CCU’s endowment by $20 million by 2020, which would add approximately $800,000 in new funds annually to support additional student scholarships and academic excellence.