“Hank Mense’s commitment to Coastal Carolina University is second to none,” said CCU President David A. DeCenzo. “He has been steadfast in dedicating his time and talents to ensure that Coastal continues to evolve and prosper. It is with great respect that we recognize Hank by naming a building on campus in his honor.”

Mense continues to serve CCU as a member of the E. Craig Wall Sr. College of Business Administration board of visitors, including a term as chairman from 1998 to 2000. He has served on the Coastal Educational Foundation since 2001. In 2010, Mense was named a CCU honorary founder for his roles in the development of the University and the promotion of higher education in the region.

He is the president of Emenson LLC, an ownership/management company for warehouse storage facilities serving the Grand Strand area. Born in Menomonie, Wis., Mense served 23 years in the U.S. Coast Guard, retiring at the rank of commander after three commands at sea. He earned bachelor’s and master’s degrees from George Washington University in Washington, D.C. 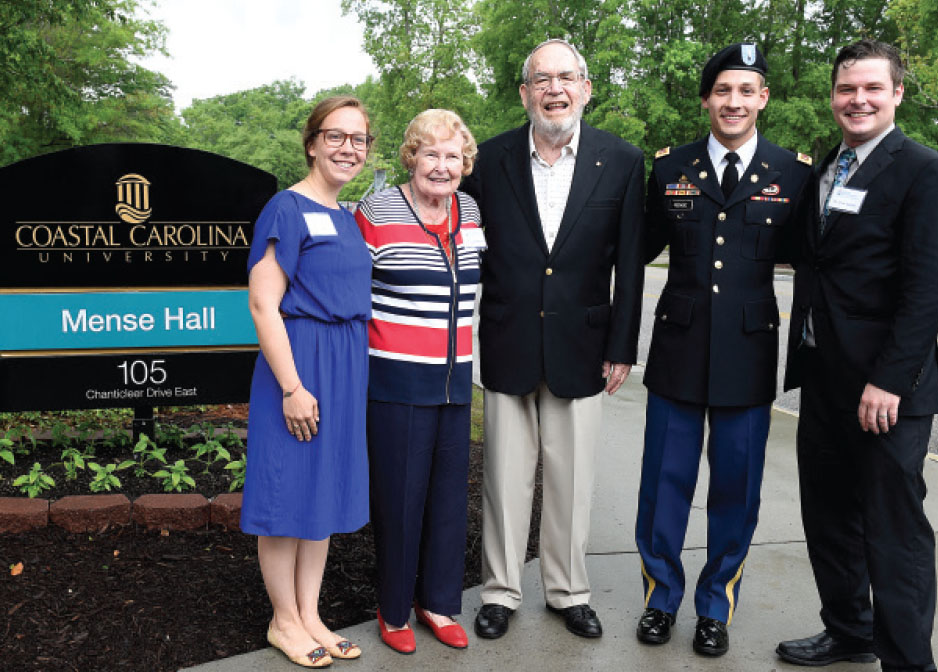