Coastal fans got to see Sammy go up against ESPN during the College World Series while rooting for the Chanticleers. Now is your chance. Take the Stare-Down Sammy Challenge. 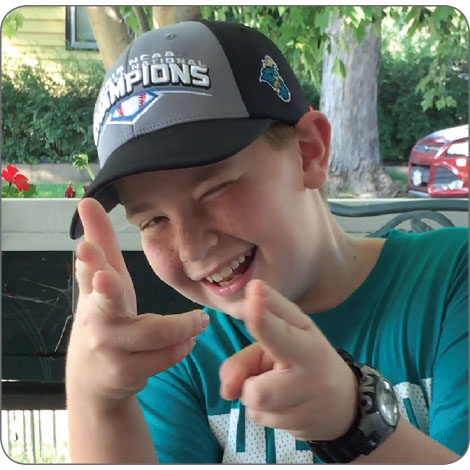 Just as it was G.K. Young’s dream to represent Coastal Carolina on a national stage in Omaha, it’s the goal of any university’s social media program to achieve that kind of marquee status as well. Whenever a university scholar, team or club achieves national success, the institution’s social media directly benefits. Thanks to the College World Series title won by Gary Gilmore and his student-athletes this past summer, such was the case for the Coastal Carolina social media program. 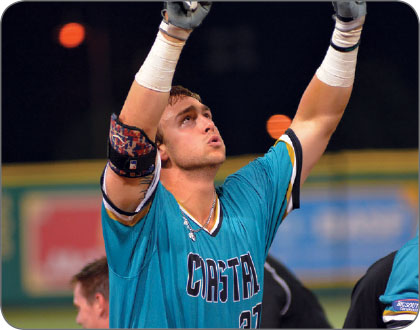 The first boost that everyone anticipates and everyone notices is obvious: analytics. Or, for those not versed in social media-speak, more followers, more likes, more shares, etc.

During the month of June, our Insta-gram account grew by 56 percent, our Facebook account by 43 percent and our Twitter account by 27 percent. Our Facebook page reached 3.3 million people during the week of the College World Series finals, and our Twitter account registered 2.25 million impressions in June. Most analytics-based goals we hoped to achieve by the end of the 2016-17 academic year were surpassed two months before classes even began. 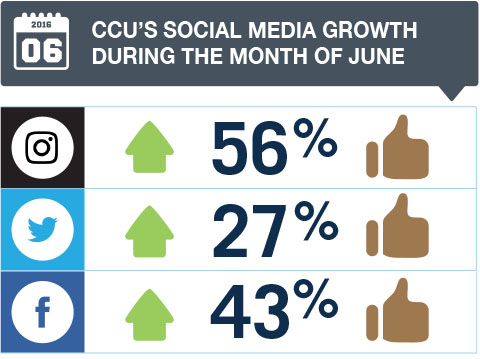 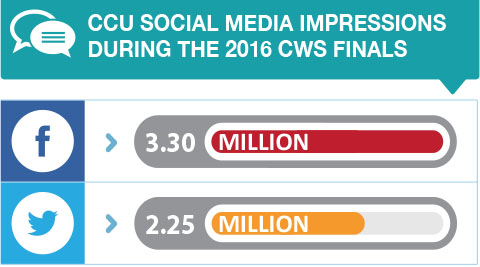 • While it’s easy to focus on the numbers, it’s also important to recognize other benefits our social media pro- gram received, such as:

• Recognition garnered from wildly popular social media sources. Our University and our social media handles were singled out on Twitter by SportsCenter, ESPN personalities, Darius Rucker, the Carolina Panthers, the NCAA, Gov. Nikki Haley, Lil’ Wayne and others.

• Riffing with the rival. On a daily basis during the final series, our official Twitter account went back and forth with that of the University of Arizona (114,000 followers). Our accounts performed a “Take Me Out to the Ballgame” duet, engaged in Q&A about our respective institutions and provided comic relief during the weather delay of Game 3.

• The direct coverage of our social media program. Media outlets around the state filed stories about what we were doing across our social networks to capitalize on the national spotlight. During the last week in June, #CCUSocialMedia was on a local news station almost every night.

• The unprecedented enthusiasm on our social channels. We aren’t just talking about retweeting or sharing posts; this was full-out engagement. Our audience displayed their Chant pride by sending photos, videos, GIFs and well wishes to our social media accounts around the clock. Images of fans flashing the Chants Up sign, Coastal-decorated storefronts, pets decked out in Coastal gear, and babies cuddling Rafikis deluged all our accounts. User-generated content is a major goal of any social media program, and we hit the jackpot.