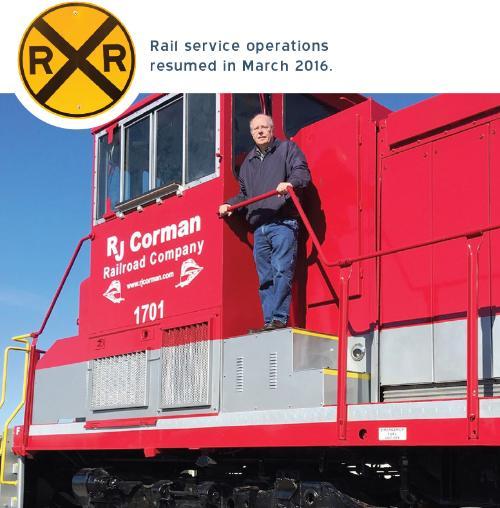 Henry Lowenstein, professor of business at Coastal Carolina University, has been recognized for his research on rail service in the eastern Carolinas. His work was instrumental in saving railroad operations in the region, according to resolutions presented to Lowenstein by the Interstate Railroad Committee (IRRC) of North and South Carolina and the Columbus County (N.C.) board of commissioners.

Lowenstein’s research on the essential need and economic viability of the railroad system on behalf of the IRRC played a critical role in the purchase of the Carolina Southern Railroad by R.J. Corman Railroad Group this past August. The IRRC stated that Lowenstein provided “unparalleled research,” which was also recognized by the U.S. Surface Transportation Board and R.J. Corman Railroad.

This railroad serves nearly 30 employers and impacts nearly 3,000 jobs in Columbus County and in Marion and Horry counties in South Carolina. One of the nation’s leading short-line rail operators, R.J. Corman plans to invest more than $30 million in upgrades to the line in the coming years. The company resumed rail service operations in March.

The official proclamation from Columbus County states that Lowenstein “served with diligence and dedication,” working “tirelessly through many hours of meetings, both public and private, to help the Interstate Railroad Committee achieve its goals.”‌