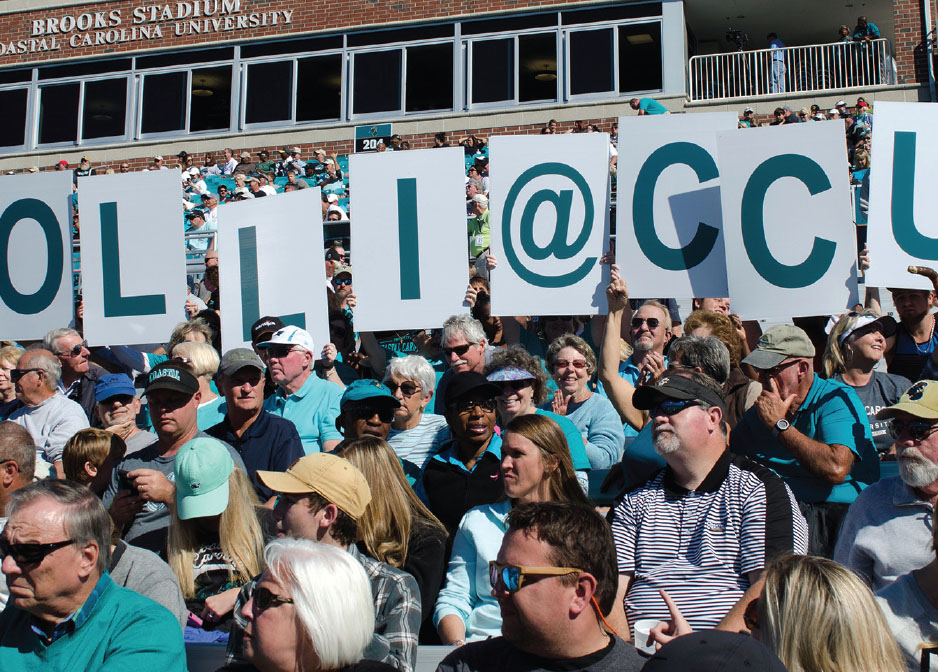 The Osher Lifelong Learning Institute at Coastal Carolina University (OLLI@CCU) has received its second $1 million endowed grant from the Bernard Osher Foundation to support the operations of the institute. The initial grant was received in 2013. Receiving a second grant from the foundation is very rare, according to Carol Osborne, director of community outreach at Coastal Carolina University.

“A consistent standard of excellence and a model of active member involvement have become hallmarks of Coastal Carolina University’s fine program,” said Osher Foundation President Mary G.F. Bitterman. “We recognize that the institute’s success represents the collective achievement of its excellent staff and dynamic community of intellectually vigorous members, who give generously of their time, talent and financial resources.”

OLLI@CCU is housed in CCU’s Office of Academic and Community Outreach. It provides opportunities for adult, noncredit students age 50 or older to achieve intellectual stimulation, as well as cultural and social growth. Nearly 400 noncredit classes and workshops, as well as a variety of special interest clubs and travel opportunities, are offered each semester for mature learners. Courses are offered during day and evening hours at outreach centers in Conway, Georgetown, Litchfield and Myrtle Beach.

Lifelong learning at CCU dates back to 1987 with the establishment of the Third Quarter program. In the 1990s, the program evolved into the Lifelong Learning Society and expanded to four service sites. It was renamed the Osher Lifelong Learning Institute at Coastal Carolina University in 2007 when it was awarded its first $100,000 grant from the Osher Foundation.