Coastal Carolina University’s student team to the 2016 South Carolina Student Legislature (SCSL) was named the best large delegation at the annual competition in Columbia, beating out Clemson University and the College of Charleston. Other higher education institutions that sent delegations were Charleston Southern, Erskine, Bob Jones, Winthrop and the Citadel. 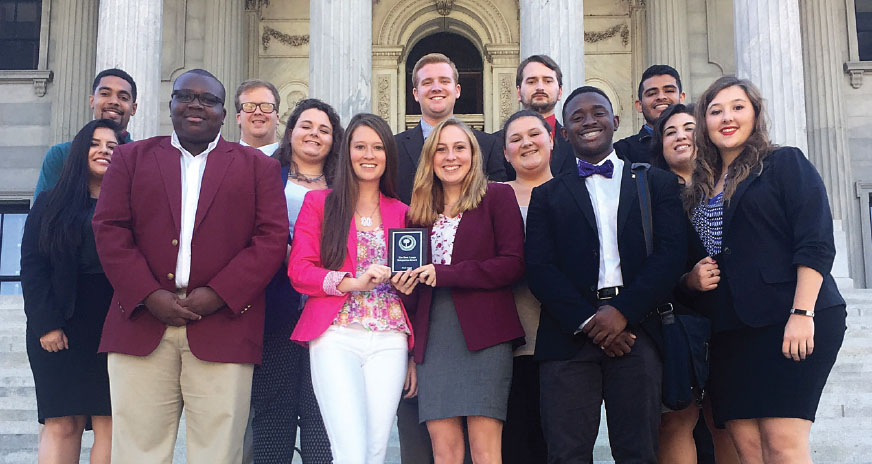 Brooke Morris, a senior political science major from Georgetown, S.C., brought home the Best Legislation Award, which recognizes legislation that employs thorough research, topicality and excellent use of language. Taylor Repp, a junior from Myrtle Beach, was elected Speaker of the House and a member of the executive committee of the Student Legislature.

Other students wrote bills on topics such as establishing a state-operated insurance program for farmers to protect against natural disasters, creating an animal cruelty registry, reforming the education system and other public safety measures.