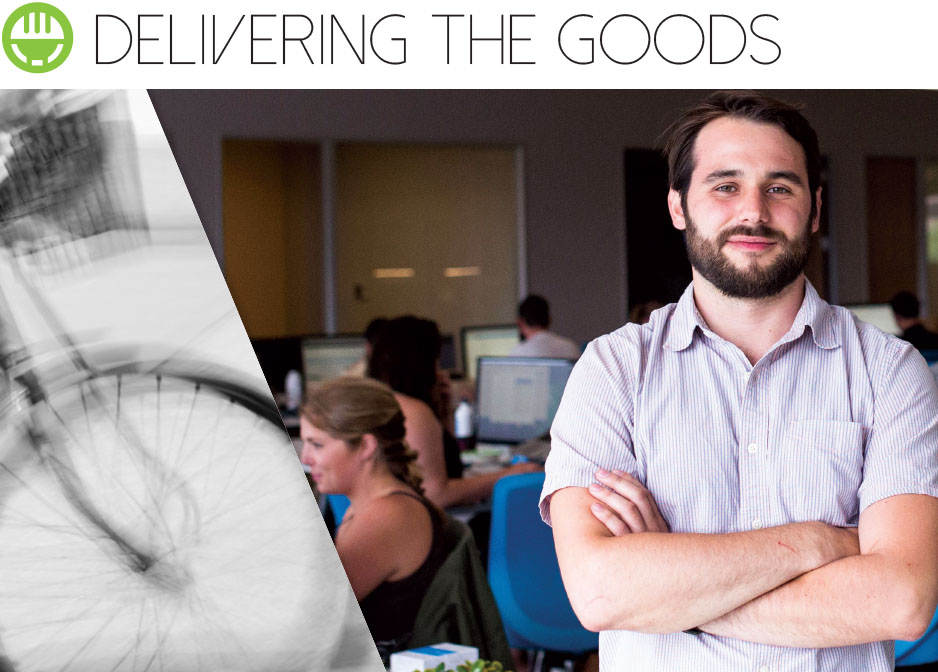 The best entrepreneurs can see what others don’t. They find complicated problems, but break those problems down and come up with solutions that feel simple to customers.”

When Coastal Carolina University professor Michael Latta was lecturing to his marketing students about emerging digital trends a few years ago, Zac Maurais ’11 was taking careful notes. Two years later, he and a high school pal launched an app-based company called Favor with a simple mission: deliver whatever people want whenever and wherever they want it.

Based in Austin, Texas, Favor has grown into a successful business that started with some coding, an app built from scratch and the simple tagline: “Get anything delivered.” Four years later, the company is now located in 15 Texas cities, has about 100 corporate employees, has made millions of deliveries and has about 15,000 runners on the platform who deliver their customers’ orders to them at work, home or wherever they are.

Maurais and Ben Doherty, who went to high school together in Litchfield, N.H., were recently named two of the Top Texans Under 30, a program by CultureMap, a Texas-based online publication that celebrates the 20-something power players making a difference in their industries and communities.

Their business started with a simple question—why can’t you get a delivery from anywhere? The partners raised more than $16 million in funding and ran the idea through two business incubators, one in California and one in Austin. 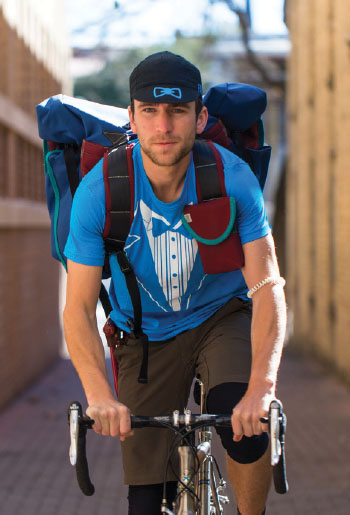 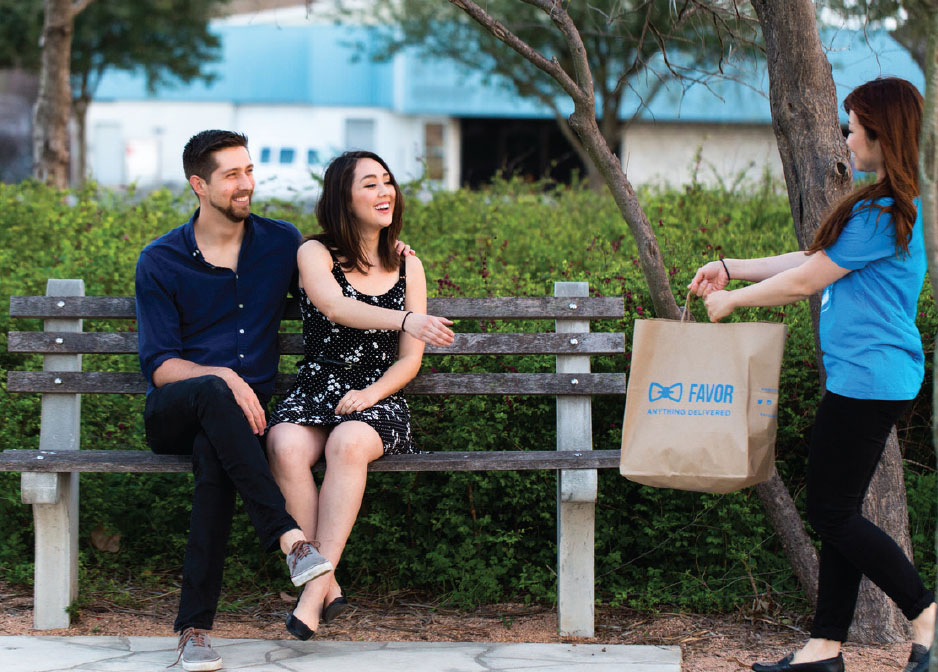 Maurais says Favor generates revenue from the delivery fee and from the restaurants/stores that pay the company for leads generated through its app. Their business partners range from local favorites like the Austin eatery Kerbey Lane to national vendors like Chipotle.

“Businesses we partner with see a rise in sales since we highlight their food inside our app,” says Maurais. “We serve as a marketing vehicle for their brands for special programs like free food promotions or seasonal offerings. We take care of the headache about delivery so they can focus on what they do best—make great food.”

People use Favor to get groceries, items from a pharmacy, or even flowers when they’re in the doghouse.”

Their weirdest request for delivery was probably a last-minute call for a penguin suit, says Maurais. But most requests are for food from “fast-casual restaurants.” Diapers are also an oft-requested delivery. Alcohol, pets and people are not available for delivery.

“People use Favor to get groceries, items from a pharmacy, or even flowers when they’re in the doghouse,” says Maurais, who uses his own service, especially when he’s busy at the office and can’t make it out for breakfast or lunch. 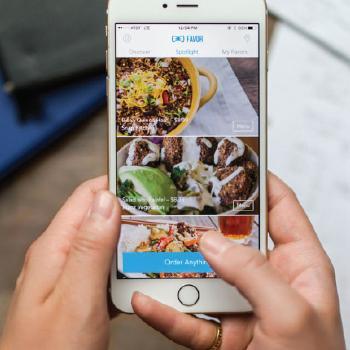 When asked about his time at CCU, Maurais cites the professors and the people he met as his most significant takeaway.

“I believe it’s important for professors to augment their lesson plans with the most current knowledge and always push boundaries,” says Maurais. “The tech and digital marketing landscape are so fast these days. By the time something finds its way into a textbook, it’s old news.”

And, since he met his wife, Kelly (née Cann ’11), at Campus Edge during their undergrad days, he believes relationships are critical to future success.

“It’s important to build strong relationships with good people,” says Maurais. “You’ve probably heard the saying that you’re the average of the five people you spend the most time with. In college, I jumped around in social circles and found a group of friends who encouraged me to dream lofty goals. Today, I’m still friends with some amazing people I met at Coastal Carolina University, especially my wife, Kelly.”

Looking ahead, Maurais plans to be a lifelong entrepreneur. “The best entrepreneurs can see what others don’t,” he says.  “They find complicated problems, but break those problems down and come up with solutions that feel simple to customers. There’s an approach to this I’ve learned from working on Favor. At some point I’d like to apply what I’ve learned to other industries that are ripe for disruption.”

When asked when the Grand Strand might expect a Favor app and delivery service, Maurais says there are no plans to launch here in the near future, but he plans for Favor to eventually be the delivery brand of choice around the world.

“After all, Chanticleers really like wings from the Coastal Ale House!”