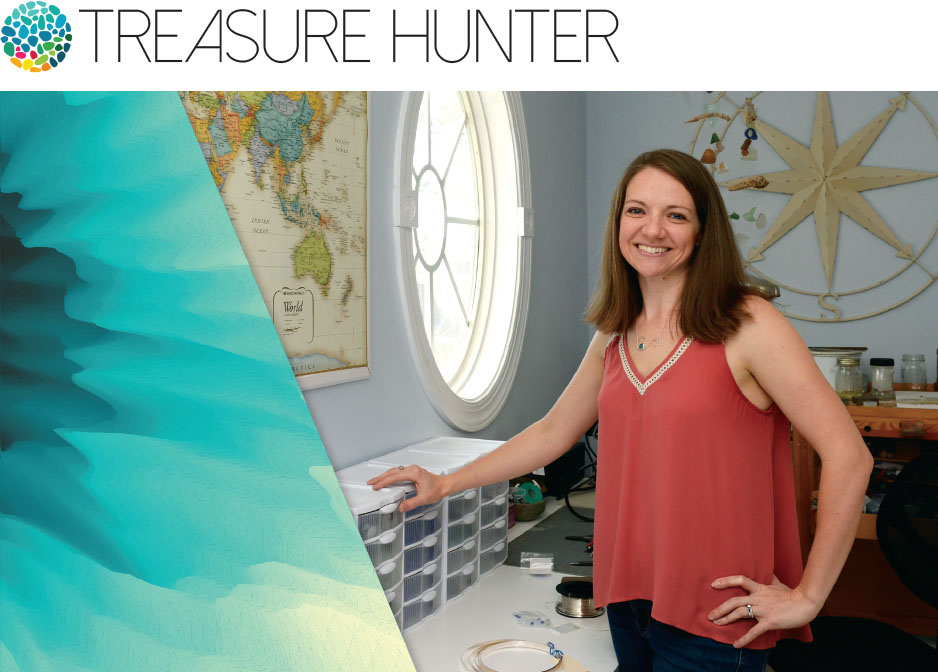 You only live once.” It seemed the right moment to make a change, and so far all signs indicate that it was the right move.”

On the wall of their workroom, located on the second floor of their house in Myrtle Beach, is a map of the world. Small pins are stuck in various places all across its surface: Florida, California, Denmark, Israel, Guam, the Philippines. From this small home office overlooking the Intracoastal Waterway, Meg Carter ’06 and her husband, Jonathan ’06, are doing business around the world with their sea glass jewelry company, Made by Meg.

Meg, originally from Woodbury, Conn., describes herself as a born treasure hunter. She grew up scouring the beaches for sharks’ teeth and seashells on family vacations. On a trip to Maine as a teenager, she spotted her first piece of sea glass.

She transferred to Coastal Carolina University from Rhode Island College to study art, and she met Jonathan in a painting class taught by Maura Kenny during her first year.

Meg’s creative talent found its most natural expression in designing and crafting jewelry. After graduation, she worked for two area jewelers, and she apprenticed with Myrtle Beach jeweler Jim Huntley. Focusing on sea glass jewelry, she started her company, Made by Meg, in 2008, working primarily nights and weekends.

She began networking, blogging, doing all she could to get her brand recognized. With Jonathan’s support, she quit her job as a drafting artist at SimplixGrinnel to devote herself full time to the company in September 2009. 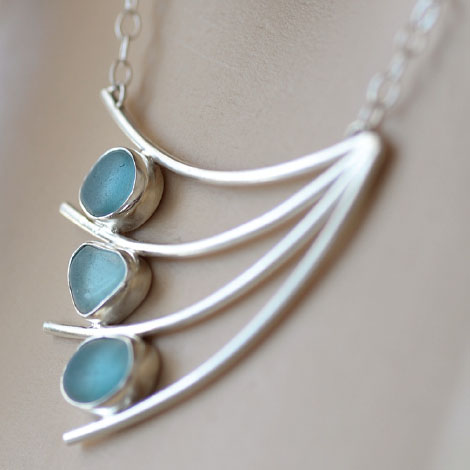 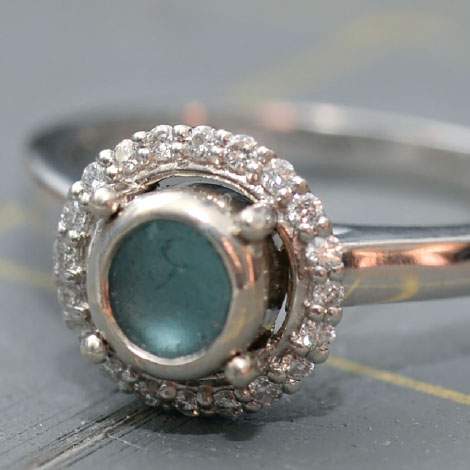 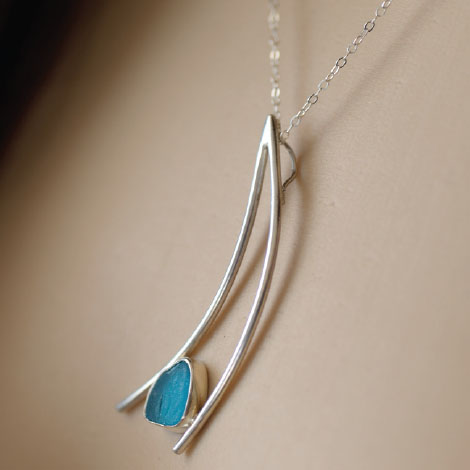 Gems of the Ocean: Meg Carter’s distinctive designs are marketed around the world. Her custom-made engagement rings (center) are especially popular.

Sea glass is a special type of gem. Each piece started out as some type of functional glass—a bottle or jar, for example—that, winding up in the ocean, has been recycled and transformed by contact with the waves and the sand. It’s the reverse process of traditional gems such as rubies or diamonds that are made by nature and refined by man.

The glass has a unique frosted quality. The value increases with the rarity of the particular color.”

“It takes probably 50 years of churning in the waves to produce sea glass,” says Meg. “The glass has a unique frosted quality. The value increases with the rarity of the particular color.” You don’t find much sea glass on Grand Strand beaches, according to Meg, who says that most of her inventory comes from Puerto Rico, where the prevalence of discarded glass objects and the texture of the sand produce an especially choice gem in high quantities.

Neatly lined along the walls of her workshop are stacks of about 50 trays containing sea glass, organized according to color and size.

Meg makes earrings, necklaces, pendants, bracelets, rings and other artwork. Her custom-made engagement rings have become popular and account for a large share of the business. Though Made by Meg creations are found in a few select retail stores, the primary sales vehicle for the company is online marketing, and the Carters have also created an elaborate 20-foot showcase display for the six sea glass tradeshows and expos they attend every year.

“Orders from the Myrtle Beach area are rare,” says Meg. “We get a lot of orders from New England and California. Last week we made a shipment to Australia.”

Jonathan came to Coastal Carolina University from Jefferson Township, N.J., following two older siblings who are also CCU graduates. (His brother, Chris Carter ’01, was a Chanticleer baseball player and is now baseball director of operations. His sister, Allison Carter Burlyn ’03, is chair of the math department at Horry Georgetown Technical College.) After graduation, he worked for an ad agency and was an IT manager with Horry County government. He has been involved with the business since its inception, designing the website (madebymeg.net) and steadily learning the art from Meg. In the meantime, the couple had two children, Clara and Autumn, now 4 and 2 years old, respectively. 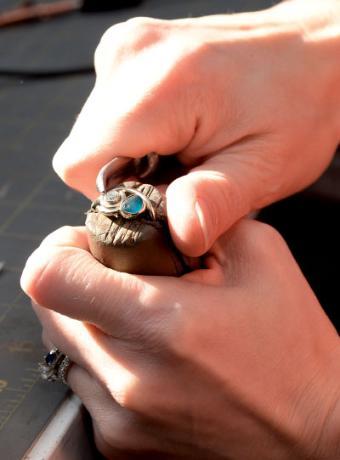 “Last year, things were so busy that I couldn’t keep up with the business alone because I was wearing so many hats,” says Meg. Jonathan joined the company full time in April 2016.

“You only live once,” says Jonathan. “It seemed the right moment to make a change, and so far all signs indicate that it was the right move.” The couple plans to expand the operation, implementing new technological advances in the craft.

In addition to jewelry, the company has had great success with its Carter Sea Glass Color & Rarity Guide, a poster that Meg created illustrating 81 different shades of sea glass and rating their rarity. The chart, of which more than 2,000 copies have been sold, has become a standard for collectors and has a usefulness similar to the Pantone system in color printing.

In their spare time, the Carters enjoy walking on the beach with Clara and Autumn, teaching them to identify sharks’ teeth and seashells—and, on rare occasions, sea glass.

“We hope they will become treasure hunters, too, and will be interested in the business,” says Meg.