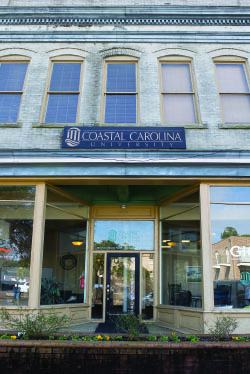 The Spadoni College of Education launched its unique new educator-in-residence program this past fall, involving graduate students who student-teach in Georgetown area schools and live in apartments in the city’s downtown.

Modeled on the idea of medical residencies, the 14-month program allows up to eight Master of Arts in Teaching students to complete their graduate degrees and get a head start on their teaching careers while connecting with the local community by living in a central location.

The program was created to address the statewide need to recruit and retain more teachers in at-risk schools, according to Edward Jadallah, dean of the Spadoni College. “The students become a part of the school and the community in this program, increasing the probability of getting hired and the likelihood that they will want to stay,” said Jadallah. 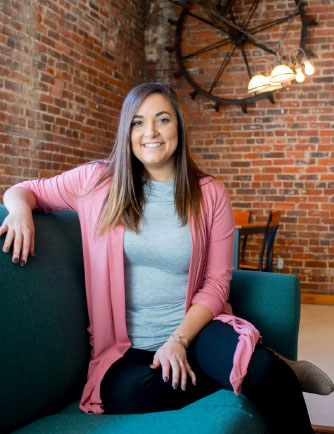 “This is the perfect stepping stone between college and career,” says educator-in-residence Sarah Vicini, who is student teaching at Carvers Bay High School. “The grad assistantship pairs us with faculty in the schools where we student-teach…. We have a fantastic apartment, a job, and roommates to help with homework. We have a close-knit community here.”

Four apartments housing two students each have been created on the second floor of one of the buildings that CCU leases on Front Street in Georgetown. Jadallah and Jessica Handy, graduate programs manager in Spadoni College, are working on creating a similar program in Dillon County. In addition to Vicini, the other educators-in-residence for the spring 2018 semester were Nelda Glaze, Christopher Johnson and Isaac Barber. 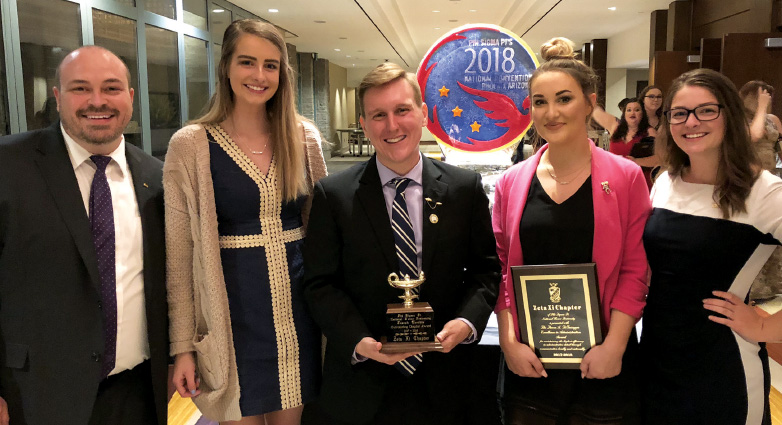 The Zeta Xi Chapter of Phi Sigma Pi National Honor Fraternity at Coastal Carolina University received the 2018 Joseph Torchia Outstanding Chapter Award and the Steven A. DiGuiseppe Excellence in Administration Award in recognition of the chapter’s achievements during the past year. Matthew Nicoletta (left), national president of the organization, presented the awards to CCU students Reagan Bond, Wyatt Davies ’18, Shyanne Spivey and Alexa Bode at the national convention in Phoenix, Ariz., in July. Davies, who graduated in May 2018, was named Student Organization President of the Year.