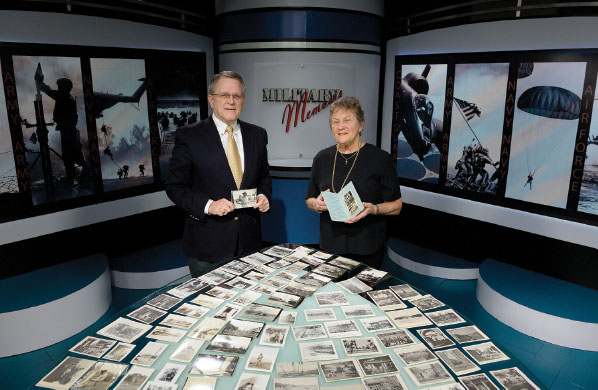 Every picture tells a story: Nina Sedorenko (right) entrusted her rare collection of World War II photographs to Rod Gragg(left) of the CresComBank Center for Military and Veteran Studies at Coastal Carolina University.

Nina Sedorenko of Myrtle Beach had known for 43 years that the photographs in her possession were historically valuable, which is why she sought out historian Rod Gragg, director of the CresCom Bank Center for Military and Veteran Studies at Coastal Carolina University, for advice about their destiny.

The cache of dozens of original World War II photographs documenting the Japanese surrender, including images of Gen. Douglas MacArthur, had been given to Sedorenko, a legal specialist from New York City, by an elderly acquaintance in the 1970s because he knew she was interested in history.

After retiring to the Grand Strand, Sedorenko began to think about finding an appropriate home for the photos and got in touch with Gragg, author of many books about military history and host of a long-running local TV show devoted to interviewing World War II veterans.

“A key part of the center’s mission to preserve veterans’ oral history and the images and documents associated with their military service,” Gragg said. “One way we try to do that is by facilitating donations of historical material to well-established archival repositories, and we try to match the donated material with the appropriate institution.”

Gragg suggested that Sedorenko donate her collection to the Douglas MacArthur Memorial Museum in Norfolk, Va. She agreed, and Gragg arranged the donation on her behalf. Although the museum is noted for its extensive collection of World War II artifacts, many of Sedorenko’s images came as a surprise to the museum staff.

“We have thousands of photographs from World War II, but we had never seen many of the photographs in this collection,” said James Zobel, the senior archivist at the MacArthur Memorial Museum. “They include photos related to the Japanese surrender, photos of Gen. MacArthur, and photos of the Philippines campaign in which U.S. forces liberated the Philippines from Japanese occupation.”

Zobel said that Sedorenko’s images will be catalogued and numbered with Library of Congress subject headings, then placed in a climate-controlled, acid-free environment within the museum’s underground vault in a permanent collection named in her honor.

“I’m so thankful to [CCU] and its veterans center for all of their help,” said Sedorenko. “Everything was absolutely wonderful. I knew those valuable photographs could be lost forever—and now they’re safe and preserved for the future.”