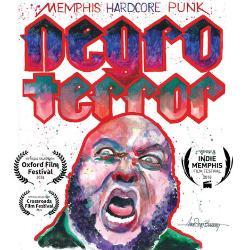 John Rash’s award-winning Negro Terror (2019) is a cinematic and musical portrait of a punk band’s rise from playing house parties to establishing its influential role within the vibrant underground musical community of Memphis, Tenn. The band and its highly politicized music were designed to counter generalized stereotypes of African-Americans and punk rock. The documentary is dedicated to founding member and bassist Omar Higgins, who passed away April 18, 2019.

Director John Rash will be in attendance to discuss the film after the screening.