We celebrate members of the ITS team whose performances shine through Chauncey's Champions and the Teal Tech Awards, as well as Dawn Hitchcock, the ITS representative on the new Staff Senate. 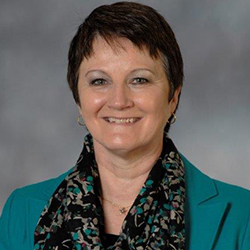 Coastal Carolina University's new Staff Senate comprises staff members nominated and elected by their peers and representative of all functional areas of the university. Dawn Hitchcock, associate director for Ellucian system support services/systems programmer in ITS, is among 27 senators elected to make informed, meaningful and powerful recommendations to the administration. The inaugural meeting of the group was Oct. 9.

The senate replaces the Staff Advisory Council, which was created after an early strategic plan called for a council to be set up that reported directly to the president. Members of the council were appointed by administration and served two-year terms.

I’m excited to represent ITS on the CCU Staff Senate. You can’t affect change if you don’t get involved. I want to be involved and able to effectively serve the more than 50 ITS staff members to ensure beneficial outcomes to issues brought before the Staff Senate.

Did you know? Hitchcock’s brother, John Hanna, also works in ITS as associate director of network telecommunications services. 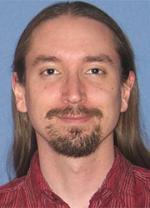 As part of CCU's service excellence efforts, CCU faculty and staff can nominate their colleagues for recognition through Chauncey's Champions.  ITS staff members who have been recently recognized include Jesse Gaither, service center/help desk manager.

Teal Tech Awards are presented to ITS team members who exemplify Coastal values in recognition of their contributions to ITS and CCU.

Matt Barnes joined CCU in August 2017 as a telecommuncation and cable technician. During the preparations for Information Security Awareness Week in November, ITS learned that he brings much more to the table. On his own volition, Barnes recorded a rap song touting security awareness for CCU students that was played at various sites around campus in concert with security awareness activites.

Welcome to the web, check out these digital streets
Over-run by identity thieves that play for keeps
These cyber criminals bend rules and don’t play fair
You think you opened a link? Nah, that’s ransomware
Keep your login on lockdown, security’s key
Get your virus protection when you're surfing with me
And control, alt, delete before you leave your seat
Otherwise they’ll takeover, you’ll be facing your defeat
W W W dot is filled with the villains
Riding in the Trojan horses and coming after millions

Barnes started rapping at age 14 and by his 10th-grade year he was mixing beats and eventually produced a 21-track album that received radio play. He grew a wildly successful myspace presence with more than a million fans.

Prior to joining the university, she was a broadcast editor at the Associated Press, a graduate student in journalism at the University of South Carolina, and the managing editor of two community newspapers in South Carolina. She earned a bachelor’s degree in English from Coastal Carolina College in 1984 and studied communications management as a graduate student at Syracuse University.

Did you know: Monk co-led the university's first Cuba student travel program in 2004.

We celebrate members of the ITS team whose performances shine through Chauncey's Champions and the Teal Tech Awards. As part of CCU's service excellence efforts, CCU faculty and staff can nominate their colleagues for recognition through Chauncey's Champions. ITS staff members who have been recently recognized include Scotty Hale, system technician.

Teal Tech Awards are presented to ITS team members who exemplify Coastal values in recognition of their contributions to ITS and CCU.

James Streicher, associate director for client support services; Ashley Long, student technology support and computing labs manager; Jamel Hardy, student computing services consultant; and Patrick Karetas, coordinator for residence hall technical support – all went above and beyond their daily responsibilities in ITS/Student Computing Services to assist with the Computer Technology Life Cycle (CTLC) initiative. In the last 10 months, nearly 300 new computers for faculty and staff have been imaged, updated and deployed in concert with the end users. This is a labor intensive process that may take up to three hours per computer. The CTLC program is a strategic initiative led by the ITS Client Support Services division.

It was launched on a golf course. Fadi Baroody’s 24-year career journey at CCU, that is.

There is a special quality associated with this place – Coastal has always felt like home.”
Fadi Baroody

Born in Beiruit, Lebanon, Baroody was educated in Catholic schools until his family moved to the U.S. during his middle school years. He graduated from Myrtle Beach High School and enrolled at then USC Coastal Carolina College. Originally interested in engineering, his passion for IT was sparked when he landed in a computer science class taught by Gene Collins. “He was one of the best teachers I’ve had in my life,” said Baroody. He promptly changed his major to computer science. Since Coastal didn’t yet have a computer science major, Baroody transferred to USC for his junior and senior years and graduated in 1989. He worked in the private sector for the next five years.

In 1994, the University was entering its second year of its independence following a 28-year relationship as a branch campus of the University of South Carolina. Enrollment was just under 4,000 students. CCU’s new independence involved far more than preparing for the inauguration of CCU’s first president, Ron Ingle that fall. As all ties with USC were coming to a close, CCU had to have new systems in place and fully operational in a short period of time. With the purchase of a new computer system and Datatel in 1994, all of CCU’s administrative operations including financial, student and advancement records were soon established. From a technology standpoint, this transition was and would continue to be a major endeavor, especially considering ITS consisted of only a handful of people, led by Marvin Marozas. With that backdrop, Marozas, an avid golfer, invited Baroody, his former student intern, to join his foursome. Somewhere around the 8th hole, Marozas pitched the idea of a possible job opening as a programmer in ITS. But Baroody had just accepted a job in Charlotte with a Fortune 500 company and was moving in a week. However, by the end of the round Baroody knew his plans would change. Taking a huge risk, he decided to stay and apply for the job at CCU.

Today, Baroody is the senior director for enterprise system support, an area that includes Ellucian systems, financial systems and HREO support, document management, application and web development, and auxiliary services. Until 2018 he held the title director of administrative computing services.

“Because I have seen and been a small part of CCU’s growth in size and stature, I have come to really appreciate our unique history and progress forward. I hope we will continue to instill this same pride in everyone who passes through this University. There is a special quality associated with this place – Coastal has always felt like home.”