In honor of Constitution Day, the Edgar Dyer Institute for Leadership and Public Policy and the Edwards College of Humanities and Fine Arts welcome Mary Matalin, a celebrated conservative voice and former presidential adviser, to the Wheelwright Auditorium stage at Coastal Carolina University. Constitution Day honors the day in 1787 when the delegates to the Constitutional Convention signed the document which grants privileges and responsibilities to U.S. citizens, both native and naturalized. Matalin’s keynote address, titled “Populism, Polemic and Polarization in 21st Century Politics,” promises to cover timely and relevant matters. The event will take place on Thursday, Sept. 14, 2017, at 5 p.m. and is free and open to the student body and community. Tickets will be available after August 1. 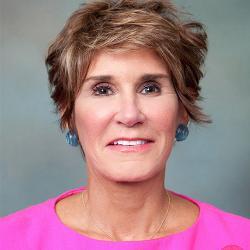 Mary Matalin is one of the country’s foremost conservative political strategists and commentators. She is admired for her astute insights, intellectual integrity, and her straight-talking, no-nonsense take on the hot-button issues, impacts of the 2016 presidential election and political headlines of the day. Matalin is a political veteran who served as deputy campaign manager on President George H. W. Bush’s 1992 re-election bid and who was later an assistant to President George W. Bush and counselor to Vice President Dick Cheney. Matalin is a frequent guest on many of the network and cable news shows where she brings her outspoken views on Congress, the Obama administration and the future of the Republican Party. She is the co-author of All’s Fair: Love, War, and Running for President, a national best-seller written with her husband, noted political commentator James Carville. In their second joint memoir, Love and War: Twenty Years, Three Presidents, Two Daughters and One Louisiana Home (January 2014), Carville and Matalin take a look at how they—and America—have changed in the last two decades. In their two distinct voices, they pick up their story from the end of the 1992 presidential campaign to their new life in New Orleans today where their efforts to rebuild and promote that city have become a central part of their lives—and a poignant metaphor for moving the nation forward. Matalin is also the author of the national best-seller Letters to My Daughters, co-starred on HBO’s critically acclaimed series “K Street,” produced by George Clooney, co-host of the nationally syndicated “Both Sides Now” radio program and editor-in-chief for Threshold Editions, a conservative publishing division of Simon & Schuster.