Life, Media and Culture in Berlin

This faculty-led program offers students the opportunity to engage with the diverse cultures of Berlin, the lives of Berliners, and their depictions in various media. The program starts with a tour of World War II German air raid shelters and the Nazis' vision of Germania. Then, we examine daily experiences of East and West Berliners living within the divided city. Turning to contemporary Berlin culture, the program will examine how globalized culture – especially film, video games, and board games – help integrate the city's multifaceted and ever increasing populace. All tours and excursions will be completed as a group, but pre-departure classroom instruction and specific requirements abroad will vary for each student based on the courses in which they are enrolled.

Students in COMM 150 will focus on how media (specifically film, television, and advertising) convey cultural norms, values and experiences as they work to build a collective identity for the residents of Berlin. Students in LIS 410 will investigate and compare the micro-cultures in neighborhoods formerly separated by the Berlin Wall, and ultimately, they will use their understanding of how media expresses life experiences to produce a final work that conveys Berlin’s multiculturalism. Students in GERM 301 will enjoy practicing their language skills by speaking with Germans and sharpening their ears by hearing the local accent. Join us in the capital and largest city of Germany for two weeks of travel, learning and discovery!

Physical Requirements: A certain amount of city walking is required. When possible, public transportation such as subways, trains, buses and streetcars will be used, but walking up to 20 minutes will be unavoidable on occasion.

LIS 122 Introduction to Intercultural Studies. (3 credits). (Prereq: none). In this course students will have the opportunity to view and appreciate the distinctive character of different lands and peoples and acquire a basic intercultural communicative awareness that will prepare them for the study of a language. In addition, students will become familiar with scholarly approaches used in the discipline, which may include linguistics, second language acquisition, cultural studies, film studies, literary studies, interdisciplinary approaches, and/or pedagogy. Content will focus on a particular topic or theme within the context of non-English-speaking cultures

LIS 410 Media and Culture of Berlin. (3 credits). (Coreq: GERM 301L). This course focuses on the culture and life experiences of Berliners, as well as on Berlin itself as a site of intercultural exchange as it is depicted and reflected in various forms of media.
Instructor: Alex Hogue

GERM 301L Language and Culture Lab. (1 credit). (Prereq: GERM 211 and permission of instructor, Coreq: LIS 410). Practice in various aspects of the German language in conjunction with a course with an LIS designation on a topic related to German. Activities may include conversation, translation, reading, and listening exercises. May be used to fulfill required electives for the German minor. May be repeated for up to 6 credits under different topics.
Instructor: Alex Hogue 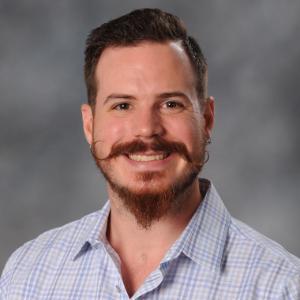 Dr. Alex Hogue has taught German culture and language since 2008, and in May 2018, he traveled with CCU's faculty-led study abroad program "Coastal in Berlin." Dr. Hogue is interested in exploring the diverse media, cultures, identities, and neighborhood-specific micro-cultures of Germany's capital city with CCU students. His research interests center on film and games - two media which convey cultural values as well as personal experience and are crucial to understanding German culture. 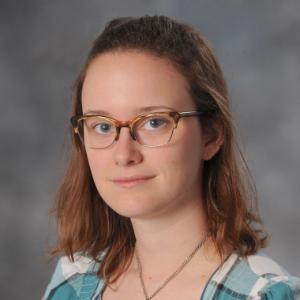 Simone Boissonneault began her studies of German at the University of Kentucky and earned a Master's degree in German from the same institution. Her interest in German language and broader culture of the German-speaking world started with film and has grown through experiences traveling abroad. Simone has taught German since 2012, and her research focuses on film, comics, and games studies in a German-speaking context.

The tuition for this course is for Maymester term.

After acceptance to the program, the payment of the program fee as well as payment of tuition can be made online through WebAdvisor or in-person/by phone through Student Accounts. Tuition charges are distinct and different from program fee charges. Please note that payments made with a debit or credit card will be charged a non-refundable service fee of 2.7 percent. For more information about methods of payment, visit Student Accounts.