Nexus of Security: Illicit Networks in the Balkans and the Middle East - Coastal Carolina University
In This Section
Apply Visit Info Tour
In This Section

Nexus of Security: Illicit Networks in the Mediterranean

Since ancient times, the Eastern Mediterranean has been one of the world’s most significant regions. Sociocultural influences from Mesopotamia, Phoenicia and Egypt helped shape Greek civilization, which in turn formed the foundations of the modern Western world. Today, Greece and Cyprus form a critical bridge between Europe, Asia, and Africa, and represent the perfect location from which to approach a deep cultural exploration of Western civilization, but also a host of international security concerns of global importance. It is impossible to develop a deep understanding of Western conceptions of cu;ture, governance and security without examining their ancient Greek foundations. Such an examination can help conceptualize the West’s relations with Russia, China and the Islamic Worlds, at a time when relations between the state and civil society are experiencing ongoing turmoil in America and beyond. The courses offered as a part of this study are specifically designed to examine in situ the foundations of Western society and their role in contemporary geopolitical landscape.

Students will spend two-and-a-half weeks in Cyprus, a European Union member-state and one of the world’s safest nations. During their time on the island, students will be immersed in an intense experience that can only be felt at the geopolitical crossroads of three continents.  Students will examine some of the most pressing global security issues facing the West, including the looting and trafficking antiquities and cultural heritage. They will then spend ten days in Athens, arguably the Western world’s most significant cultural heritage site, with a recorded history of 10,000 years. While in the Greek capital, they will see and experience the ancient cultural underpinnings of Western civilization. In addition to taking up to two 400-level courses that will satisfy major requirements in Intelligence and National Security Studies and Visual Arts, students will attend lectures by internationally renowned experts. They will also attend guided tours of some of the enduring symbols of Western civilization, including the Parthenon, and interact with the people and culture that produced the ideals and values of modern Western civilization.

Please note: Most cities and cultural heritage sites in Greece and Cyprus are not ADA compliant.  There few elevators, and many historic sites have steep stairways and narrow doorways.

This advanced course employs experiential-learning techniques to enable participants to reason and operate with efficiency in complex and fast-paced security environments. Participants will be required to apply theoretical concepts of personal and professional security into real-life situations that require conscious reasoning, cultural engagement and continual mental adaptation. Students who wish to enroll in this course must have completed INTEL 491 – Human Intelligence with a grade C or above.

This seminar explores major current and historic issues dealing with art and crime. Course contextualizes the cultural, and, at times commoditized, value of art as a foundation to discuss various art crimes and their motivations. The course includes case studies of thefts and recoveries of artworks, fakes and forgeries, vandalism, art and war, and the transitional implications and complexities of art crime in the world today. F, S, M. Intelligence and National Security Studies majors may take this course as an elective in fulfillment of the regional requirement. 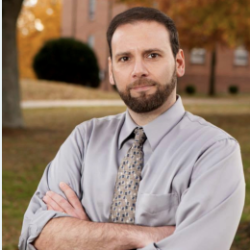 Joseph Fitsanakis, Associate Professor
jfitsanak@coastal.edu, 843-349-6618
Dr. Fitsanakis specializes in intelligence and national security with an emphasis on international espionage. He has taught and written extensively on intelligence policy and practice, intelligence history, communications interception, cyber espionage, and transitional criminal networks. His writings have been translated into several languages and references in media outlets including The Washington Post, BBC, ABC, NPR, Newsweek, The Guardian, Le Monde Diplomatique, and Wired. Before joining CCU, Dr. Fitsanakis built the Security and Intelligence Studies Program at King University, where he has also directed the King Institute for Security and Intelligence Studies. 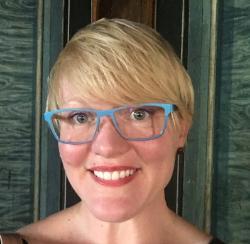 Elizabeth Baltes, Associate Professor
ebaltes@coastal.edu, 843-349-5036
Dr. Baltes specializes in the art and archaeology of ancient Greece, and she is an expert on ancient sculpture. She has spent many summers living, researching, and traveling in Greece, as well as excavating at sites in Israel and Sicily. She has published articles on archaeological and sculptural material from both Athens and the sacred island of Delos, and her research has been supported by a major fellowships and grants from the Archaeological Institute of America and the National Endowment for the Humanities.

The tuition for this program is for Maymester term.

After acceptance to the program, the payment of the program fee as well as payment of tuition can be made online through WebAdvisor or in-person/by phone through Student Accounts. Tuition charges are distinct and different from program fee charges. Please note that payments made with a debit or credit card will be charged a non-refundable service fee of 2.7 percent. For more information about methods of payment, visit Student Accounts.