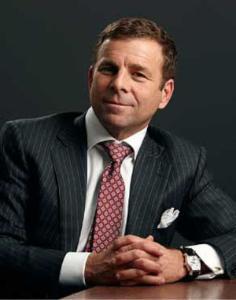 The Richard Pilosof Financial Services Laboratory, housed in CCU’s E. Craig Wall Sr. College of Business Administration, was made possible through a major gift from Richard Pilosof ’83 and his family.

“I really enjoyed my experience at Coastal,” said Pilosof, a finance graduate. “I was able to build meaningful relationships with many of my professors, which allowed me to earn a great education. I want to give back and inspire others. My hope is that the lab will help students gain a better understanding of financial markets and will inspire them to pursue financial careers.”

In 1987, at age 27, he became the youngest managing director for the Royal Bank of Canada Capital Markets. Eleven years later, after working his way up the ranks and developing superior skills as a bond trader, he was asked by RBC to lead the business integration of a bank merger in London. During the next decade, Pilosof managed and built RBC’s international capital markets platform into a major operation with sites in London, Hong Kong, Sydney, and New York. He was credited with significantly increasing RBC’s percentage of revenues earned from operations outside of Canada.