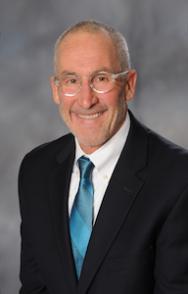 Tim Meacham, who recently retired as university counsel at CCU, established the Timothy Meacham Endowed Scholarship in Political Science. Special consideration will be given to first-generation college students.

“I established this endowed scholarship because I was a first-generation college student who wanted to go to law school but didn’t have the resources to do so,” said Meacham, a 1979 Coastal graduate. “I recognize the social and financial challenges that are unique to first-generation students who want to attend professional schools. Many of them come from blue-collar working families and need assistance. Also, as the former chief legal officer for the institution and an alumnus, I feel it is my duty and responsibility to give back to a place that has done so much for me. Without CCU, I wouldn’t be a lawyer. This is a special place for me – then and now.”

As an undergraduate at Coastal, Meacham served as president of the Student Government Association and was the editor of the student newspaper, The Chanticleer. He also was elected to Coastal’s chapter of Omicron Delta Kappa honor society and received the outstanding student award in CCU’s Department of Politics.

“I came to the right place,” Meacham said. “I enrolled in a college that had faculty members like Eddie Dyer, Dan Selwa and Sally Hare. I enrolled in a school that had administrators like Dick Singleton, Paul Stanton, Bob Squatriglia and Ron Lackey. Each one of these individuals made me believe that at Coastal you could become whoever you wanted to be. It didn’t matter who you were; it mattered what you did and how you did it.”

Meacham was the first CCU graduate to attend law school. He is a 1982 graduate of the University of South Carolina School of Law. He has worked as a prosecutor, a trial attorney in general practice, a municipal attorney and a manager of a legal services agency. He is a member of the National Association of College and University Attorneys and is a member of the Horry County Fee Resolution Panel. He has also served as a teaching associate in Coastal’s Department of Politics since 2004. In 2005, Meacham was recognized as Coastal’s Alumnus of the Year, and he previously served as president of the CCU Alumni Association board of directors in 1997-98.