Sources of FIB - Coastal Carolina University
In This Section

Why do we measure FIB?

The South Carolina Department of Health and Environmental Control (SC DHEC) uses FIB to determine whether water is safe for recreational uses – such as swimming and collecting shellfish.

The city of Myrtle Beach has contracted out its beach monitoring to the EQL since 1997. You can read more about our Beach Monitoring project and view data here. Beach warnings and shellfish bed closings in South Carolina are based on levels of FIB by federal mandate in the Clean Water Act and regulated by the U.S. Environmental Protection Agency (US EPA).

‌Fecal indicator bacteria are bacteria that predict the presence of harmful organisms associated with the fecal matter of warm-blooded animals.

Indicator bacteria are not necessarily harmful themselves, but where they are present, disease-causing microbes such as human pathogens are also likely to be present. Using an indicator is a simpler, more cost-effective way to test for harmful organisms than trying to identify and test for each potential pathogen individually.

Three major types of FIB are measured in South Carolina: 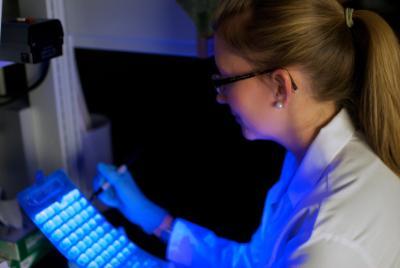 What are the sources of FIB?

Fecal indicator bacteria originate from animal sources such as:

FIB are transferred from the host animal’s gut to our waterways through feces.

Once they have entered the environment, FIB can grow and reproduce in gutters, storm drain pipes, and in the bottom sediment of storm drain ditches and tidal creeks. FIB growing in the environment may not pose health risks to humans since they may not be associated with pathogens.

The risk associated with recreational contact with non-human animal fecal sources in water is unknown. The US EPA reports that there has never been a documented outbreak of animal-associated illness among swimmers at marine beaches. For additional information about animal sources of FIB, see the US EPA’s 2011 report on Potential Human Health Risks from Exposure to Fecal Contamination from Avian and Other Wildlife Sources in Recreational Waters.

How can we remediate FIB impairments?