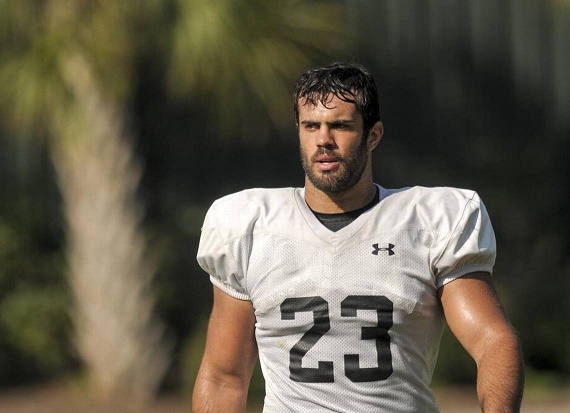 Lorenzo became connected with CCU while playing for the Lazio Marines American Football Team in his home country of Italy. “A former coach of mine, Brock Olivo, was hired at Coastal as a running backs/special teams coach. Once he got here he asked me if I wanted to try out. I didn't miss that chance.” Although Coach Olivo has since moved on from CCU’s team, Lorenzo has remained a pivotal part of the program and aspires to remain in the U.S. after completing his Master’s Degree.

Lorenzo accounts his positive experience at CCU to the football program and the relationships he has made during his time on campus. “My whole experience, both on and off the field, it's been amazing. I had the chance to meet incredible people and to know a lot about different cultures.” The discipline from being on the football team, Lorenzo states, has helped him grow as a man both on and off the field.

“Leaving your own county might be scary, but trust me, it is worth it. I know several people from back home that had a chance to change their life and go places, but they didn't because they were afraid to go far from home. Don't make the same mistake, travel and you won't regret it.”