School of the Coastal Environment Updates 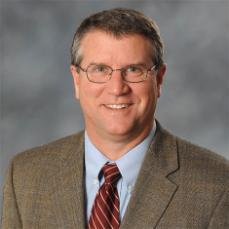 CCU marine science professor Robert Young, Ph.D., was named interim dean of Coastal’s new College of Graduate Studies and Research. Young is best known on campus for his teach­ing in the marine science department, his leadership of undergraduate research, and his per­sonal research on bottlenose dolphins.

Former associate provost and director of graduate studies James Luken, Ph.D., began his new role as associate dean of the College of Science in January 2019. Luken, who received his Ph.D. in botany from Duke University, has served the CCU community in numerous leader­ship roles in both the biology department and graduate program.

Congratulations to the Spring and Summer 2019 graduates!

Leigha Peterson’s graduation marks the first Ph.D. to be conferred at Coastal Carolina University. Peterson, who served as the Spring 2019 commencement speaker, will also be the first person to graduate with a B.S., M.S., and Ph.D. from CCU. At commencement, Peterson announced she has accepted a position to serve the United States in Washington, D.C., working on matters of national security. We couldn’t be prouder of this Chanticleer!