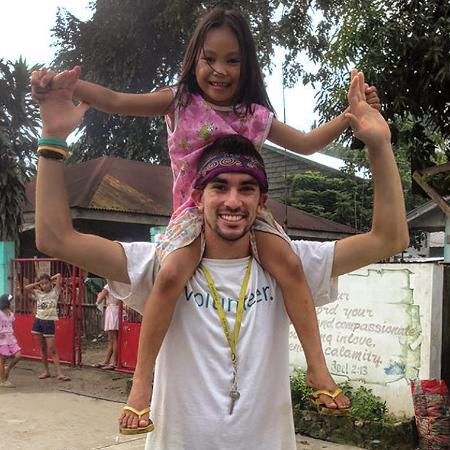 James Marino earned a marine science degree with a minor in coastal geology from CCU in 2013. In July, he joined the Peace Corps for a two-year stint in a small village in the Philippines. He is working to improve the ecosystem there by establishing a marine protected area for local corals, sea grasses and mangroves. He also is creating a sustainable fishery for the village.

Originally from Connecticut, Marino was very active on campus. He supported sustainability legislation as a senator in the Student Government Association. As a result, he was named a Campus Compact Newman Civic Fellow, which recognizes students who demonstrate a personal commitment to creating lasting change for the better in their communities. He also served as co-chair for Relay for Life, where he helped to establish the annual Shawn R. Ponton Memorial Car Show fundraiser as a tribute to a fellow classmate who lost his life in a car accident.

Immediately following graduation from Coastal, Marino held an education/conservation internship at the Bald Head Island Conservancy in North Carolina. He also was an education assistant at the Mote Marine Laboratory and the Aquarium in Sarasota, Fla.