The Edwards College is thrilled to announce a full lineup of cultural arts events for the Fall 2021 semester. From concerts and lectures to theatrical performances and art exhibits, our programming features superb offerings from accomplished guest artists as well as faculty members and students.

We look forward to seeing you on and around the CCU campus this fall for the sights, sounds, and spirit of Edwards College cultural arts.

Click here for more information on the Music on the Lawn series and the 20th Anniversary Logo events. 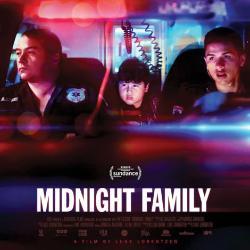 Directed by Luke Lorentzen and listed on the Academy Award’s Shortlist for Best Documentary Feature, Midnight Family (2019) offers a look into the everyday lives of a working-class family, highlighting challenges within the current healthcare system in Mexico. Mauricio Castillo, assistant professor in the Department of Languages and Intercultural Studies, will lead a discussion following the screening. Director Luke Lorentzen will attend via Zoom.

This film, which is unrated, will be screened in Spanish with English subtitles.

This is the second of five films in CCU’s 2021 Latin American Film Festival. 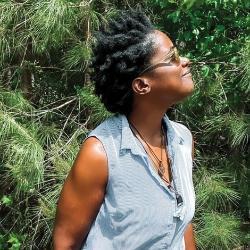 Marlanda Dekine-Sapient Soul (she/they), the 2021 winner of the New Southern Voices Poetry Prize, will read work that invites participants to experience Plantersville, S.C., through Marlanda’s Gullah Geechee, queer perspective. The workshop portion of this event continues this journey into the audience’s own memory and personal ancestry. Writing or speaking experience is not required. All are welcome. Reception to follow.

THIS EVENT HAS BEEN CANCELLED DUE TO WEATHER

Friday, Oct. 8, 6 p.m.
Prince Lawn
Bring chairs or a blanket for seating
Admission: Free and open to the public. 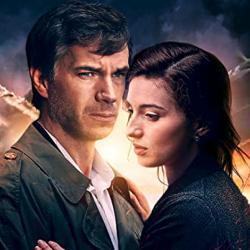 Associate professor Gunn will lead a discussion and Q & A of the film, Guernica. The film follows an American journalist covering the conflict in Spain during the late 1930s. Christopher Gunn has been with Coastal Carolina University’s Department of History since 2014. He specializes in Middle East and Cold War history, and is currently working on a comparative history of military coups, counterterrorism, and democracy during the late Cold War.

For more information, contact Philip Whalen at pwhalen@coastal.edu or Christopher Gunn at cgunn@coastal.edu. 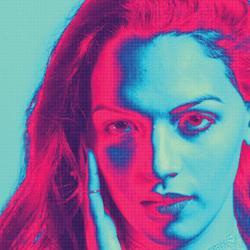 Gil Baroni’s Alice Júnior (2019) relays the story of a carefree, trans YouTuber that must navigate the trials of moving to a small, conservative town. Mauricio Castillo, assistant professor in the Department of Languages and Intercultural Studies, will lead a discussion following the screening. Director Gil Baroni will attend via Zoom.

This film, which is unrated, will be screened in Portuguese with English subtitles. This is the third of five films in CCU’s 2021 Latin American Film Festival. 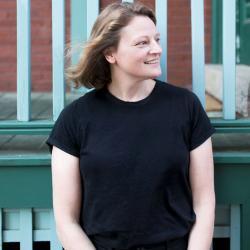 A Fiction Reading with Jessica Anthony

Guest writer Jessica Anthony will read from her book, Enter the Aardvark (2020). Anthony’s other books include The Convalescent (2009) and Chopsticks (2012), a multimedia novel created in collaboration with designer Rodrigo Corral. Anthony’s books have been published in several countries, and her short stories can be found in Best New American Voices, Best American Nonrequired Reading, McSweeney’s, The Idaho Review, and elsewhere.

Thursday, Oct. 14, 5:30 p.m.
Event will be streamed live on Zoom.
Please email Jessica Richardson at jliebeck@coastal.edu for Zoom link.
Recording of event will be available on Facebook: @CCUEdwardsCollege. 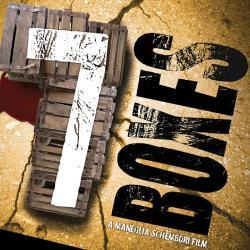 7 Boxes (2012) is a Paraguayan thriller directed by Juan Carlos Maneglia and Tana Schmebori. In exchange for delivering seven mysterious boxes, Victor is promised $100 — but the delivery does not go as planned. Mauricio Castillo, assistant professor in the Department of Languages and Intercultural Studies, will lead a discussion following the screening. Director Tana Schembori will attend via Zoom.

The film, which is rated TV-14, will be screened in Spanish, Guarani, and Korean, with English subtitles.

This is the fourth of five films in CCU’s 2021 Latin American Film Festival. 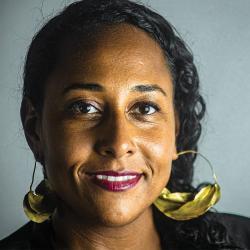 Visual and performance artist Jessica Scott-Felder, assistant professor of studio art at Wofford College, uses her body as a catalyst for altering the social dynamic of a space. Every aspect of her presence is important to the ephemeral work, from the details of the antebellum-era clothing (inspired by the drawings of chairs) to the object-filled vessels carried during the performance. 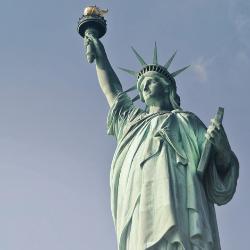 Unmasking the Myths of Immigration: A Roundtable Discussion

Our current immigration law was enacted in 1952. Since then, there have been many changes, amendments, interpretations, court decisions, and executive orders that have changed the landscape of our country and muddied the waters of our understanding of what is myth and what is fact. The Focus of this Roundtable is to discover the truth and to distinguish between fact and fiction. It is only by unmasking the myths that we can get to the truth, and move forward into the 21st century. Panelists include: Moderator, Gary Schmidt Director of DEI and Community Engagement, Edwards College of Humanities and Fine Arts; Donusia L Lipinski Co-Moderator and Panelist, Attorney and CEO Myrtle Beach Immigration Law Office; John Doering-White, Assistant Professor of Social Work and Anthropology, USC Columbia; Jimmy Gray, Member of Myrtle Beach Chamber of Commerce; Carlos Loredo, Restaurant Manager; Carrie Taylor, Director of International Student and Scholar Services, Center for Global Engagement 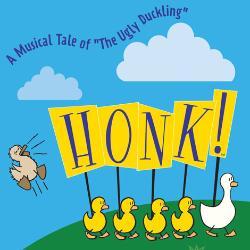 Honk! is an award-winning musical adaptation of the classic Hans Christian Andersen story, The Ugly Duckling. The tale of “Ugly” – a misplaced cygnet thought to be an ugly duckling by his family – incorporates a message of tolerance as the young swan navigates rejection, fitting in, and fending for his life against a sly tomcat out to eat him for lunch. This Theatre for Young Audiences production is suitable for all ages.

Please contact Sheila Levi-Clutts at 843-349-2772 or email sleviclu@coastal.edu to reserve your ticket for this special event. 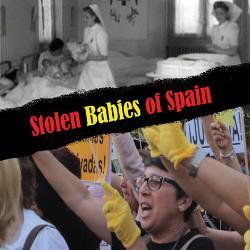 This award-winning documentary, exploring a program of baby abduction under the Francoist regime and its wake of victims, human stories, and ongoing efforts for social justice, will be streamed virtually, and followed by a panel discussion by director Greg Rabidoux, alongside a faculty and student panel.

For more information, contact Jen Boyle at Jboyle@coastal.edu.
Admission: Free and open to the public. 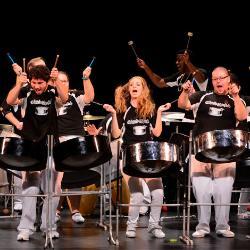 CalypSamba, the CCU World Percussion Ensemble, has performed at arts festivals, music conferences, and schools throughout the United States. In 2015, the ensemble won the Percussive Arts Society World Percussion Ensemble Competition and was featured in a showcase performance at the Percussive Arts Society International Convention. The ensemble performs a wide variety of musical traditions from all over the world including music from Africa, the Caribbean, and South America.

Admission: Free and open to the public. 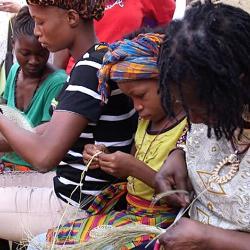 Gullah Roots, an SCETV documentary, follows leaders of the South Carolina and Georgia Gullah Geechee community as they experience a homecoming in Sierra Leone. Part of SCETV’s Carolina Stories series, Gullah Roots dives deep into South Carolina’s ties with West Africa, educating viewers about Gullah heritage, including spiritual, musical, and artistic traditions. Several participants and members of the SCETV production team will take part in a discussion after the film. 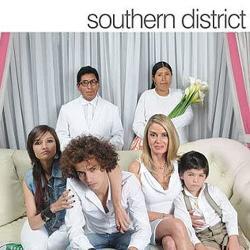 Directed by Juan Carlos Valdivia, Southern District (2009) explores the challenges faced by those going through socioeconomic changes and shifting class privileges. The film, rated TV-PG, will be screened in Spanish and Aymara with English subtitles. Mauricio Castillo, assistant professor in the Department of Languages and Intercultural Studies, will lead a discussion following the screening. Director Juan Carlos Valdivia will attend via Zoom.

This is the final film in CCU’s 2021 Latin American Film Festival. 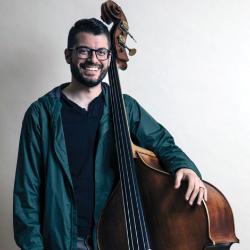 Visiting assistant professor of music Emilio Terranova and friends perform original compositions influenced by jazz and world music. His style is a balance of meter play and collective improvisation. This is Terranova’s debut concert as a leader at Coastal Carolina University. 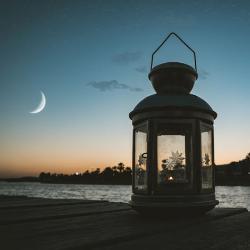 The CCU Concert Choir and Chamber Choir present their fall concert under the stars in the Edwards Courtyard, under the direction of Timothy Koch, lecturer and director of choral activities in the Department of Music. Choirs and featured soloists will present music that expresses the magic of nighttime. 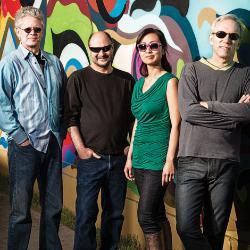 The globally acclaimed and influential classical string quartet, based in San Francisco, features David Harrington and John Sherba on violin, Hank Dutt on viola, and Sunny Yang on cello. The ensemble takes a creative, exploratory approach to the classical genre, continually reimagining the string quartet experience. Kronos has been performing with a rotating membership of musicians since 1973. The group has released more than 60 recordings and commissioned more than 1,000 works and arrangements for string quartet. 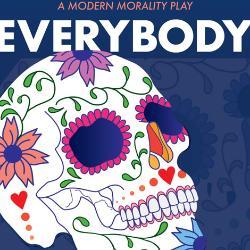 Everybody is a modern adaptation of the 15th-century morality play Everyman, and a Pulitzer Prize finalist written by Branden Jacobs-Jenkins. Each night, the actors (who have each memorized every part) participate in a lottery to see which role they will play for that performance, a practice meant to symbolize the arbitrary nature of death. This complex, thought-provoking remix of the oldest play in the English language prompted DC Scene to write, “Who knew that death could be so fun?” Everybody is guest-directed by Jackie Alexander, a native of New Orleans; an award-winning actor, writer, producer, director, and former artistic director of the Billie Holiday Theatre in New York; and current artistic director of NC Black Rep, producer of The National Black Theatre Festival.

This production contains content that may be inappropriate for children. Parental discretion is advised. 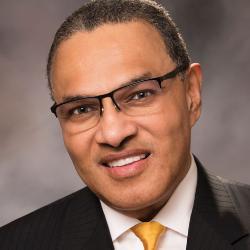 “Shared Leadership and Cultural Change on Campus and in the Community”

Freeman A. Hrabowski III, president of the University of Maryland – Baltimore County (UMBC) since 1992, will deliver a lecture on cultural and campus change as CCU’s HTC Honors College annual distinguished scholar. Hrabowski’s scholarship and research focus on science and math education, with emphasis on minority participation and performance. Hrabowski served as chair on former President Barack Obama’s Advisory Commission on Educational Excellence for African Americans as well as the National Academies’ committee that produced the 2011 report Expanding Underrepresented Minority Participation: American’s Science and Technology Talent at the Crossroads.

Thursday, Nov. 4, 6 p.m.
Wheelwright Auditorium
Admission: Free and open to the public, but a ticket is required for admission. 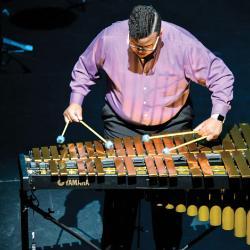 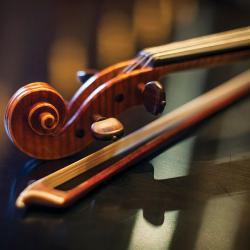 Directed by Abigail Albaugh and Stevie Martinez, both lecturers in CCU’s Department of Music, the Coastal Carolina University String Ensemble will present its first evening concert of works for chamber orchestra. The program will include student solo and chamber performances of various instrumentation from across the music department. 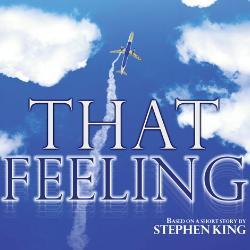 That Feeling: A Paul Inman Film Based on the short story by Stephen King

That Feeling tells the story of how a woman on her belated honeymoon deals with the transgressions of her past – and, ultimately, the consequences of her choices – as she struggles with deja vu at 16,000 feet. Inman has a passion for storytelling across many platforms, including all genres of films, music, podcasts, and writing. He has film accolades from the South Carolina Underground Film Festival, the Foothills Film Festival, and Southern States Indie FanFilmFest. Currently, some of his short films can be seen on ShortsTV and Amazon Prime. 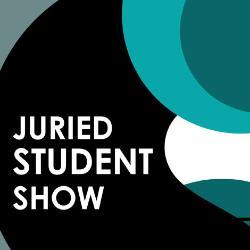 CCU students in the Department of Visual Arts programs display their skills with works selected by our prestigious juror. The exhibit features an array of media from the next generation of artists from CCU. 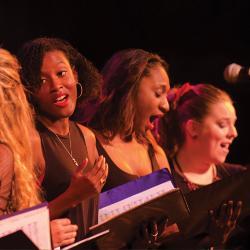 The CCU Concert Choir and Chamber Choir present their 2021 Holiday Concert, featuring music of the Christmas, Hannukah, and Kwanzaa traditions. The performance will also feature student and faculty vocal and instrumental soloists.

Friday, Dec. 3, 6 p.m.
Prince Lawn
Bring chairs or a blanket for seating
Admission: Free and open to the public.