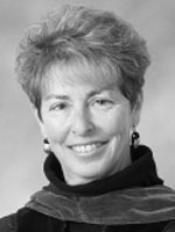 Sally Z. Hare served Coastal Carolina University in a variety of capacities in the College of Education from 1974 until 2005. She served as dean of Graduate and Continuing Education for more than a decade. In 1993, she was named the Grant and Elizabeth Singleton Endowed Professor and created the Center for Education and Community, of which she served as director until her retirement. During her career at Coastal Carolina University, Hare was a Kellogg National Leadership Fellow and a Fetzer National Teaching Fellow, and she won a national award for community development from the National Continuing Education Association.

Under her guidance, the university’s Center for Education and Community sponsored a number of innovative programs linking the university and the community, including Calling All Colors, Jump for the Sun (for which she received a $1 million grant from the National Science Foundation) and America Reads. Hare was CCU’s 2001 Distinguished Teacher-Scholar Lecturer award recipient, and she received the 2002 Woman of Achievement Award from the South Carolina Governor’s Commission on Women. Hare was named Phenomenal Woman in South Carolina by The State newspaper in 2003 and was also a recipient of the Martha Kime Piper Award from South Carolina Women in Higher Education. For the past 12 years, she has worked as an international facilitator of The Courage to Teach program.

A native of Charleston, S.C., Hare earned a bachelor’s degree, master’s degree and Ph.D., all from the University of South Carolina. Now the Singleton Distinguished Professor Emerita, she and her husband, Jim R. Rogers, continue to serve the community through their business, still learning inc.