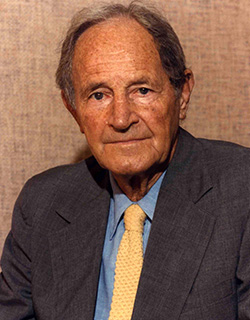 Ernest F. Southern was named to the Coastal Educational Foundation in 1955. He was chairman in 1960 when the Foundation acquired the property which is now the campus of Coastal Carolina University, and he was a member of the building committee for the first building, later named the Edward M. Singleton Building. When the Foundation and Horry County Higher Education Commission separated in 1956, Southern became a member of the Commission and served until 1993, including two terms as chairman. For more than three decades, he had an active role in the affairs of the college and had supported its growth and development.