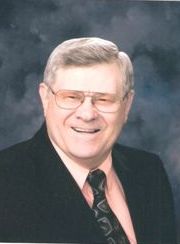 Frankie Blanton was born and raised in the Mt. Olive community, where he still resides. He graduated from Floyd's High School in 1962 and he earned a bachelor's degree in business administration from Campbell University in 1968. He is president and CEO of Blanton Supplies, Inc., a retail building materials supply business with locations in Loris, Little River and Marion. He has been involved with the business since 1968.

Blanton has served as a member of the Coastal Educational Foundation since 1991, including a term as chair in 2000-2001.

He served for 16 years on the Horry County Board of Education, including six years as chair.

He is a board member of Horry Electric Cooperative, Horry County State Bank and the Loris Healthcare System. He was president of the Loris Civitan Club and the Loris Merchants Association. Blanton was former district lieutenant governor and district deputy governor of the S.C. Civitans. He also served as vice chair on the nine-member RIDE (Road Improvement and Development Effort) Committee, which resulted in plans for S.C. 22 and S.C. 31. Blanton is a former president of the Independent Builders Supply of America located in Smithfield, N.C.

Over the years, he has received many honors for his civic work, including the Businessman of the Year Award in 1997 from the Loris Chamber of Commerce. In 1990 he was named to the All-State School Board by the S.C. School Board Association.

Blanton is a member of Mt. Olive Baptist Church where he has served as deacon and trustee. He and his wife Nancy live in the Mt. Olive Community and have four children and four grandchildren. His father, James P. Blanton, was an original founder of Coastal Carolina University.

Blanton was named an honorary founder of Coastal Carolina University in 2009.