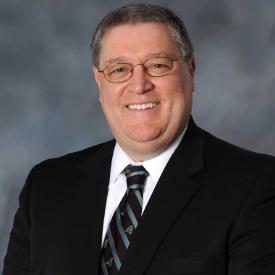 As president, DeCenzo implemented a comprehensive strategic planning process, assured fiscal accountability through policy and practice, and promoted assessment and transparency throughout the University. The University's Fall 2015 enrollment of more than 10,000 students reflects a more than 26 percent increase since 2007. The Board of Trustees has adopted a Campus Master Plan to guide the development of the University to achieve an enrollment of 12,500 students by 2020. The largest campaign in the institution's history – I’M IN – The Endowment Campaign for Coastal Carolina University – was launched in April 2016.

During his tenure, the academic program has expanded from 39 to 70 undergraduate degree programs. Recent additions include the B.A. in Intelligence and National Security Studies, the B.A. in Digital Culture and Design, and the B.S. in Information Systems. At the graduate level, the University offers 17 master's degree programs, two educational specialist programs, and the Ph.D. in Marine Science: Coastal and Marine Systems Science. Other recent additions to the graduate program include the Master of Accountancy (M.Acc.), the Master of Arts in both Liberal Studies and in Writing, and the Ed.S. in Educational Leadership and in Instructional Technology.

DeCenzo began his tenure at Coastal Carolina University in 2002 when he became dean of the E. Craig Wall Sr. College of Business Administration, a position he held until 2006 when he was named provost of the University. He was instrumental in the establishment of the MBA in 2006.

Beginning in 1986, DeCenzo enjoyed a 16-year association with Towson University in Baltimore as a professor, scholar and administrator in various capacities, including director of partnership development and associate dean in the College of Business and Economics, and chairman and vice chairman of the Department of Management. Prior to Towson, he was an assistant professor at the University of Baltimore and a corporate trainer/employee development specialist with Blue Cross Blue Shield of Maryland.

DeCenzo grew up in Clinton, Maryland, near Washington, D.C. He attended the University of Maryland, College Park, where he earned a B.A. in economics (1978). DeCenzo also earned an M.A. with emphasis on labor economics (1979) and a Ph.D. in industrial relations (1981), both from West Virginia University.

DeCenzo's teaching and research interests have focused on management, human resource management and organizational behavior. He is the author or co-author of nearly 30 textbooks that are used widely at colleges and universities across the United States and throughout the world. In addition, his articles have been published in scholarly journals such as the Harvard Business Review and Indiana University's Business Horizons, as well as in numerous professional publications.

DeCenzo served as a member of several academic associations and on many boards for local, community and corporate organizations. He is a member of the board of directors for the North Eastern Strategic Alliance, Myrtle Beach Regional Economic Development Center, Conway Chamber of Commerce, South Carolina Sea Grant Consortium, and AVX Corp., among others. He is also the chair of the Council of Presidents for comprehensive public universities in South Carolina, and is vice chair of the NCAA Committee on Institutional Performance.

DeCenzo and his wife Terri have four children: Mark, Meredith, Gabriella and Natalie. The DeCenzos live in Pawleys Island, S.C.