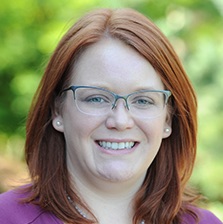 Kimberly Hurd Hale is Associate Professor of Political Science at Coastal Carolina University. She received her B.A. with Honors in Politics from Washington and Lee University in 2005, her M.A. in Political Science from Boston College in 2007, and her Ph.D. in Political Science from Louisiana State University in 2012. Dr. Hale’s primary research and teaching interests are Greek political philosophy, early-modern political philosophy, American politics, American political thought, politics and technology, and politics, literature, and film. She is the author of Francis Bacon’s New Atlantis in the Foundation of Modern Political Thought (2013: Lexington Books) and The Politics of Perfection: Technology and Creation in Literature and Film (2016: Lexington Books), and is coeditor of Short Stories and Political Philosophy (2018: Lexington Books) and Political Theory on Death and Dying (2021: Routledge Press). She is codirector of the Cincinnatus Center at Coastal Carolina University.