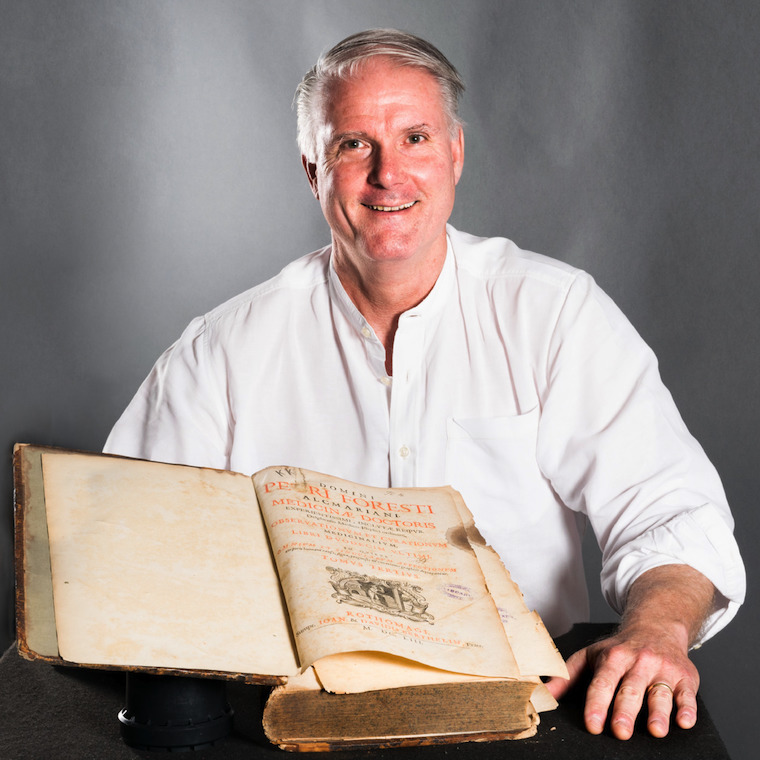 Brian Nance specializes in the history of medicine and culture of the Renaissance and Reformation. His recent research on medical narratives focuses on melancholia and madness in Observations of the Dutch physician Pieter Van Foreest.
His 2002 book, _Turquet de Mayerne as Baroque Physician: The Art of Medical Portraiture_, examined the Latin casebooks of the chief physician to the early Stuart kings of England.
He co-edited and contributed to the essay collection _Between Text & Patient: The Medical Enterprise in Medieval & Early Modern Europe_ Micrologus' Library, 39 (Firenzi: Edizioni del Galluzzo, 2011).

His articles and book chapters include:
"The Arena and the Study: Medical Practice in Turquet de Mayerne's Treatment of Robert Cecil," in _Between Text and Patient: The Medical Enterprise in Medieval and Early Modern Europe_, pp. 419-440.

“The Diseased Body: Resources for Scholarly Inquiry in the Duke University History of Medicine Collections,” with F. Eliza Glaze and Suzanne Porter, _The Journal of Medieval and Early Modern Studies_ 38 (Fall, 2008): 589-610.

"Determining the Patient's Temperament: An Excursion into Seventeenth-century Medical Semeiology," _Bulletin of the History of Medicine_ 67 (Fall, 1993): 417-38.