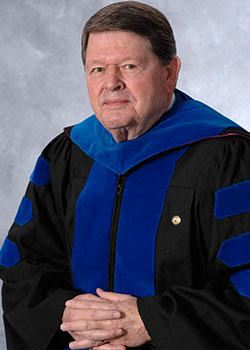 ‌‌While at Coastal, Boyles was a professor of finance and the first chair of the business division. He also served as dean of the Wall School of Business from 1979-1980, was a finalist for the Distinguished Teaching Award for several years in a row, is a chartered financial analyst (CFA) and was the first recipient of the William J. Baxley Jr. Applied Business Professorship in 2001, which was awarded to him for his teaching ability, character, academic achievement and ability to relate "real word" experiences into the classroom.

Prior to coming to Coastal, Boyles was a finance instructor at the University of South Carolina and an assistant professor of finance at Old Dominion University.

He earned a Ph.D. from the University of South Carolina.