The Ronald D. Lackey Service Award was established in 1991 in honor of the late Ron Lackey for his dedication to campus and ‌community service. The award is presented annually to a Coastal Carolina senior who serves the university community with conspicuous service through involvement and leadership in campus and community activities. 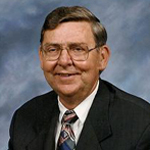 Ronald D. Lackey graduated from Furman University and received his Master of Divinity from Southeastern Theological Seminary at Wake Forest and did post-graduate work at Duke University. He received a Ph.D. in higher education administration from Florida State University. He came to Coastal as dean of Student Affairs in 1974. In 1977 he became associate professor of religious studies and university chaplain. He retired in 1994.

Lackey received Coastal's Distinguished Teaching Award in 1979. In 1998, he participated in the South Carolina Consortium of International Studies' China Fulbright project. He was a member of Omicron Delta Kappa, National Leadership Society, Faculty Senate, National Association of College and University Chaplains and many other organizations in the community. He served a number of churches as interim pastor. A video,"Mystery of the Dance: Healers and Wounded in Dialogue," chronicles Lackey's story of finding meaning and spiritual growth through the challenges of a chronic illness. He and his wife, Marva, presented national and international seminars exploring the potential healing of mind, body and spirit through illness narrative. Marva and sons Dean, Scott and Mark continue to encourage students to seek meaning and fulfillment in their own lives in the service of the university and community.

To be considered for this award, undergraduate students must be nominated by one of their peers or by a faculty or staff member and meet the following criteria:

Finalists are recognized at the Student Involvement and Leadership Awards Ceremony (SILA) held each spring. 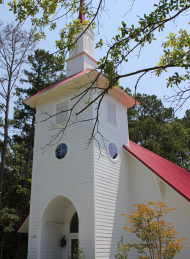 Coastal Carolina University's Lackey Chapel – named in memory of Ronald D. Lackey – was constructed entirely from private gifts and dedicated in 2011. Lackey Chapel is located on University Boulevard across from Blanton Park.