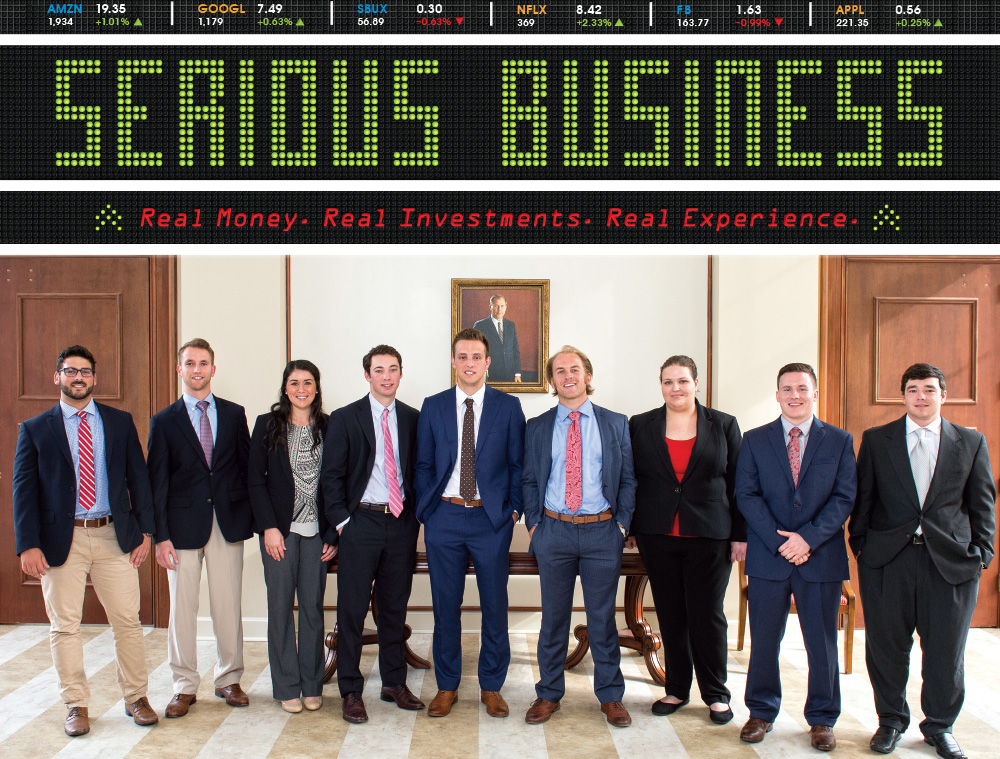 From theory to practice. From play money to hard cash.

The fund was established in 2004 by revered CCU business professor Gerald V. Boyles, who wanted to give students the opportunity to apply their classroom knowledge of financial markets by using real money to make real investments. Boyles, who retired in 2007, was known throughout his long tenure for mentoring and inspiring business students to pursue professional careers in finance and investing.

For the Spring 2018 capstone class, led by professor John Mortimer, the management of the Boyles Fund was completely redesigned. “The class has changed its focus from stock selection to portfolio management,” said Mortimer. “This was the first year that assets of the fund have been reinvested.” 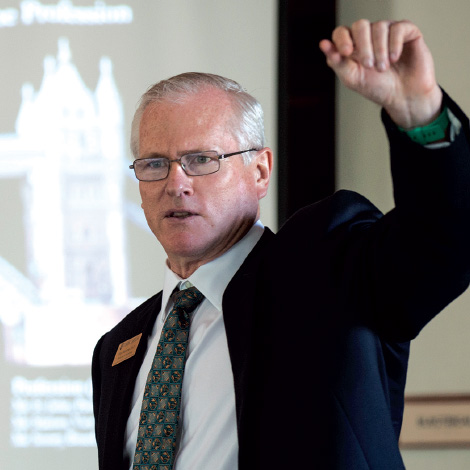 The Boyles Fund’s “client” is a CCU endowment that will eventually provide scholarships for finance students and other support for the Wall College’s Department of Finance and Economics. These funds are administered through the Coastal Educational Foundation, which manages the University’s endowment.

The class of 10 students started out in three teams, but soon found that it was more productive to come together as one group called the Student Investment Committee. They began the semester creating an investment policy statement (IPS) to guide their investing strategy. Led by team captain Christian Adams, each student was responsible for researching specific aspects of the portfolio.

The students conducted their analysis at a jittery moment in America’s financial markets. The “Trump Bump” had reached its peak at the end of January 2018, with the Dow Jones Industrial Average hitting its all-time high of 26,616 points on Jan. 26. But in the first week of February, as the class was deep into the intricate process of weighing risk versus return, the Dow fell more than 2,000 points—including the worst single-day drop in its history (1,175 points on Monday, Feb. 5).

We began with a great sense of trepidation about investing in this market,” said Mortimer, who joined the Wall College faculty in 2009. “Our concern was ultimately offset, however, by new tax policies that brought a stabilizing effect.”

Expert advice: After the formal presentation, the students responded to questions from a distinguished panel of business people, including (left to right) Joe Moglia, chairman of TD Ameritrade; Barbara Ritter, dean of the Wall College of Business; and Dennis Edwards, chair of CCU’s Department of Finance and Economics.

Although his primary area of scholarship is accounting, Mortimer earned his bachelor’s degree in finance, and one of his favorite areas of research is in earnings management. He is a retired lieutenant colonel in the U.S. Army and served on active duty in Iraq in 2006 and 2007. He was the director of finance for the multinational Strategic Command-Iraq’s Ministry of Interior and was awarded a Bronze Star for creating and executing its $3.4 billion budget.

According to Adams, the class made a total of 2,106 calculations in the process of selecting its final portfolio of 26 stocks and bonds. “We developed a diversified portfolio that was built to withstand normal market conditions,” he said, “with 54 percent allocated to equities, 36 percent in fixed-income assets and 10 percent in real assets. We didn’t want to be top-heavy in any one sector, and we stipulated that no single investment company can manage more than 30 percent of the fund’s total assets.”

On April 3, Mortimer invested $65,000 according to the class’ plan. As the fund grows, it will become endowed at $100,000, at which point funds will be dispersed for scholarships and other programs of the Department of Finance and Economics. 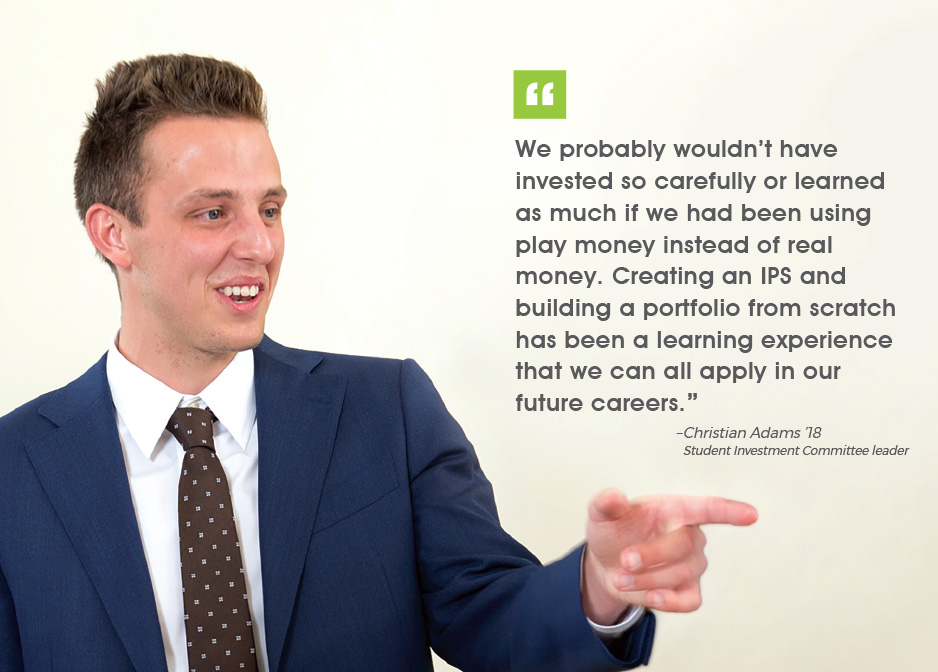 MEETING OF THE BOARD

The class gathered in the Wall boardroom on April 26 to make a formal presentation of its portfolio to the investment advisory board that was created to help guide the Boyles Fund. The board is composed of eight prominent investment professionals as well as select Wall College faculty and staff members. The meeting was also attended by other noted members of the business community.

A great deal would be riding on this presentation by the students. The judgment of the board could spell the success or failure of their semester-long effort. The group started rehearsing at 8 p.m. on the evening before the meeting and worked nonstop until 3 a.m. 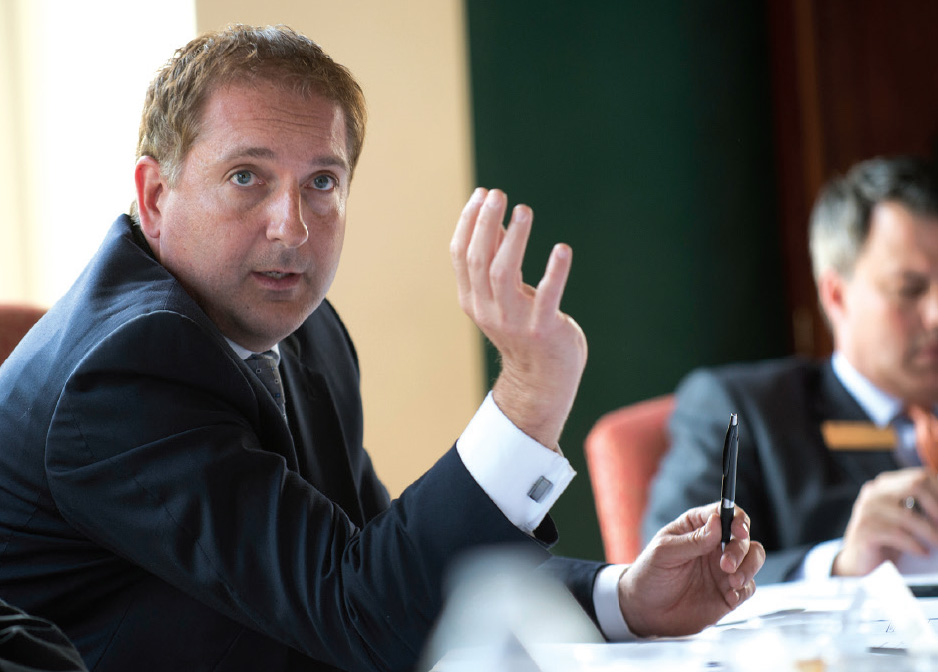 At 4 p.m. the next day, dressed in their best business attire, the class members, led by Adams, took turns explaining their strategy in detail. The board members grilled the students on their investment rationale. One of the distinguished guests at the meeting, CCU head football coach and TD Ameritrade chairman Joe Moglia, peppered them with questions. Stovall Witte, CEO of the Coastal Educational Foundation, was keenly interested in the direction the students had taken with funds that are a part of CCU’s endowment.

At the conclusion of the meeting, the board was unanimous in its approval of the students’ work. Moglia commended the students for keeping a close watch on management expenses, “because costs eat into the returns,” he said.

These kids have created not just a student project, but a world-class portfolio,” said board vice president Steven Starnes of Merrill Lynch. 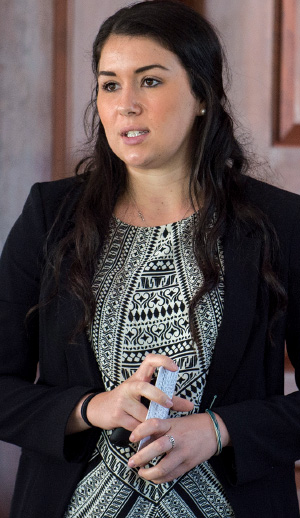 “It’s been an extreme learning curve for all of us,” Adams said on behalf of his team. “We probably wouldn’t have invested so carefully or learned as much if we had been using play money instead of real money. Creating an IPS and building a portfolio from scratch has been a learning experience that we can all apply in our future careers.”

Mortimer is extremely proud of his first class of Boyles Fund investors. “They did a great job,” he said. “I’m not sure I could have done better. The entire team performed superbly, and in my 25 years in education, Christian Adams is one of the top five students I have had the privilege of teaching.”

The capstone course is designed so that each class of students can build their own portfolio each year and thus grow the fund.

The important thing to me,” said Mortimer, “is that this project is carrying on the tradition of Gerald Boyles—producing strong, skilled, professional investors.” 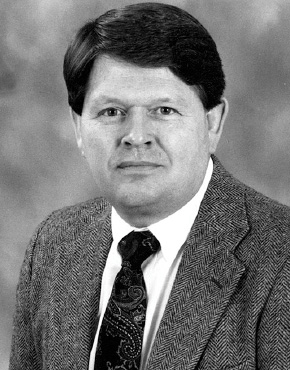 Gerald “Gerry” Boyles, Distinguished Professor Emeritus, retired from Coastal Carolina University in June 2007. Prior to joining the Coastal family in 1973, Boyles was a finance instructor at the University of South Carolina and an assistant professor of finance at Old Dominion University. He earned a Ph.D. from the University of South Carolina. During his long and productive tenure at Coastal Carolina, Boyles was an associate professor of finance and the first chair of the business division. He also served as dean of the Wall School of Business in 1979-1980, was a finalist for the Distinguished Teaching Award for several years in a row, and was the first recipient of the William J. Baxley Jr. Applied Business Professorship in 2001, which was awarded to him for his teaching ability, character, academic achievement and ability to relate “real world” experiences into the classroom.