Rebecca T. Godwin retired in June 2015 from Bennington College, where she taught literature and writing. A novelist and short-story writer, she founded and was faculty editor of plain china, Bennington’s national anthology of undergrad-uate writing.

Clark B. Parker has been appointed by Gov. Nikki Haley and confirmed by the South Carolina Senate as an at-large member of the S.C. Commission on Higher Education.

Mary Jean Baxley received the  2015 South Carolina Republican Party Palmetto Elephant Award. She volunteers with the American Red Cross and helps with refugees through her church. She also writes articles about disasters and humanitarian causes. Baxley is a member of S.C. Press Association and Overseas Press Club. She lives  in both Columbia and Georgetown.

John K. Faidley made his PGA Tour debut at the RBC Heritage in April. He earned a spot into the RBC thanks to his outstanding play at the Carolinas PGA Head Professional Championship in Okatie, S.C. Faidley is the head pro at Forsyth Country Club in Winston-Salem, N.C.

Michael J. Kelly was nominated for an Emmy Award as Outstanding Supporting Actor in a Drama Series for his role as Doug Stamper in Netflix’s House of Cards.

Wendy C. Trott, Ph.D., an ethnographer of Gullah studies, presented “ROOT MEDICINE: African Spirituality in South Carolina” as part of the Reign of Rice Lecture Series at Brookgreen Gardens. She earned a master’s degree and Ph.D. in African-American studies from Temple University. Her dissertation, “An Afrocentric Analysis of the Transition and Transformation of Root Medicine as Spiritual Practice Among Gullah People of Lowcountry South Carolina,” is an examination of African aesthetics and African-based traditional medicine in the rural South.

Gautam R. Junnarkar and Caroline Pane Baroody, both of New York City, were married June 27, 2015, at the Church of St. Francis Xavier. He is managing director for Ludwig Financial Recruitment in New York.

Daniel P. Roof has joined SunTrust Mortgage as a loan officer serving clients in the La Plata, Md., area. He brings over 15 years of mortgage-industry experience to SunTrust.

Carrie C. Shearin lives in Tega Cay, S.C., with her husband and two children, Troy, 8, and Zoe, 6. She is a stay-at-home mom and is involved with the school PTO.

Erin Donovan-Boyle has been appointed executive director of the Rhode Island’s Newport County Chamber of Commerce. She previously worked as director of outreach for U.S. Sen. Jack Reed. She has served as executive director of Ocean State Tall Ships; as campaign manager for former R.I. Secretary of State Ralph Mollis; as vice president of the Mayforth Group, a government relations firm in Providence, R.I., and Washington, D.C.; and as a funding specialist and project manager for the Newport County Development Council.

Clayton S. Cook, a second-grade teacher at Maryville Elementary School, has been named the Georgetown County School District Teacher of the Year. He is also Maryville’s technology facilitator. In 2009, he earned an M.Ed. in divergent learning from Columbia College. In 2013, Cook completed two M.Ed. degrees – instructional technology and educational leadership – simultaneously from CCU. He and his wife Kimberly have four children: Jordan, McKinlee, Raegan and Colby. The Cooks live in the Browns Ferry area.

Paige E. Landry-Bird is a realtor with Re/Max Ocean Forest. She was named the top Re/Max agent in South Carolina for 2014 with 151 closed transactions.

Dana L. Webb earned the Diamond Award (employee of the year) from Land South Construction in Jacksonville, Fla. She leads the company’s accounting department and manages day-to-day operating activities such as payroll, budgeting and financial reporting.

Sandy Hoffman Davis is the new director of operations and project management at the Myrtle Beach Regional Economic Development Corp., where she is responsible for accounting, human resources, project management and providing support to the MBREDC. She previously worked in accounting and taught at Horry Georgetown Technical College.

Annette L. Grandolfo works in special education with individuals diagnosed with autism spectrum disorder. She earned a master’s degree in special education with applied behavior analysis specialization from Montana State University at Billings in 2014. She is a board certified behavior analyst and lives in Portland, Ore., where she works for Western Psychological and Counseling Services, providing in-home treatment for individuals ages 3-17 diagnosed with autism.

Jatana Brown Jackson, the reigning Mrs. Virginia, competed in the Mrs. America competition. A former Chanticleer cheerleader, she and her husband Joshua have been married for 10 years and have two boys: Joshua, 6, and James, 4. She teaches Elite Beachbody, a health and fit-ness program.

Woody Ford III was named the 2015 Citizen of the Year by the Myrtle Beach Area Chamber of Commerce. He is director of operations at Blue-Cross BlueShield of South Carolina, a part-time instructor at Miller-Motte Technical College and active in the Myrtle Beach community. Ford is also second vice president of the CCU Alumni Association board of directors.

Jessica Keffer and Cody Clinton were married in June on the beach in Lewes, Del. Jessica is a postdoctoral research scientist with DuPont, and Cody is a sports medicine physician with Cooper Bone and Joint Orthopaedic Institute. They live in Philadelphia.

Heather Eberlin recently opened a State Farm office in Charleston. She also owns MyTourGear.com, a marketing company that does custom imprinted shades. Eberlin is on the CCU Alumni Association board of directors and has started a Charleston alumni chapter.

Meredith L. Alexander and Matthew Byrd were married on June 26, 2015. A reception was held on July 18 at Lakeview Country Club in Hartsville. Meredith is employed with Horry County Schools.

Farabe’ Algor was crowned Mrs. International 2015 in July. The pageant is designed to showcase the accomplishments and commitment of married women. She and her husband Justin have three children.

Amy S. Pazahanick is the CEO of Agape Acadamy Management Group, a tennis academy designed to bring top quality tennis programs to communities. While at CCU, she was a member of the women’s tennis team.

Ashton Williams Sullivan is the new social worker at Peachtree Medical Center in Edgefield, S.C. She also works part time at the Aiken Counseling Group and the Aurora Pavilion, the mental health portion of Aiken Regional Medical Centers. She earned a master’s degree in social work from the University of South Carolina in 2010. She and her husband Josh live in Ridge Spring.

Alumnus of the Year

He is a physician assistant at Primary Medical Associates in Surfside Beach and Carolina Forest Family Medicine.

He has been a member of CCU’s Alumni Association board of directors for 11 years, serving the last six as president of the executive committee. As president, he speaks each year at CCU’s commencement ceremonies to welcome the newest members of the alumni body. In addition, he spearheaded the fundraising efforts for the new Pi Kappa Phi patio at the recently renovated Atheneum Hall Alumni Center.

Active in civic and Coastal Carolina University affairs, Forbus has served as a mentor and internship supervisor to a number of CCU health promotion students. He also has been a volunteer coach for recreation centers in Green Sea Floyds and Conway.

Young Alumnus of the Year 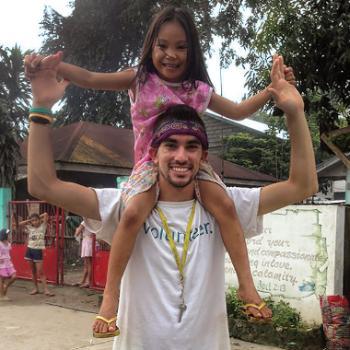 Originally from Connecticut, Marino was active on campus. He supported sustainability legislation as a senator in the Student Government Association. As a result, he was named a Campus Compact Newman Civic Fellow, which recognizes students who demonstrate a personal commitment to creating lasting change for the better in their communities. He also served as co-chairman for Relay for Life, helping to establish the annual Shawn R. Ponton Memorial Car Show fundraiser as a tribute to a fellow classmate who lost his life in a car accident.

Immediately following graduation from CCU, Marino held an education/conservation internship at the Bald Head Island Conservancy in North Carolina. He also was an education assistant at the Mote Marine Laboratory & Aquarium in Sarasota, Fla., and helped with whale tagging in California.