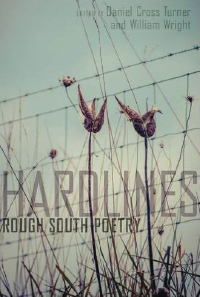 Daniel Cross Turner, associate professor of English and a specialist in the literature of the American South, has coedited this poetry anthology of “Grit Lit,” a genre of writing that centers on the darker side of the Southern experience. As tough-minded as they are high-minded, the more than 70 contemporary poets represented in the volume include numerous Pulitzer Prize- winners as well as U.S. Poet Laureates James Dickey, Natasha Trethewey and Charles Wright. The anthology will also introduce readers to emerging writers who will soon become significant voices in Southern literature, including two of CCU’s own creative writers: Dan Albergotti and Hastings Hensel.

According to Turner, these poems sting our senses into an awareness of the gritty world down South: hard work, hard love, hard drinking and hard times, but they also explore the importance of the Southern land and ecology, rural experience, as well as race-, gender- and class-based conflicts.

Turner earned a Ph.D. in English from Vanderbilt University. His many articles have been published in prominent journals such as Mosaic, Genre, Mississippi Quarterly and Five Points. 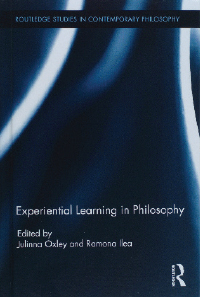 This volume of essays co-edited by Julinna Oxley, chair of CCU’s Department of Philosophy and Religious Studies, focuses on an educational concept that is an article of faith here at Coastal Carolina University: experiential learning. CCU has made learning through real-life experiences a cornerstone of its pedagogical plan by offering opportunities for service learning, study abroad and other collaborative programs.

These essays, applying the principles of experiential learning to the discipline of philosophy, provide “a timely reflection on best practices for teaching philosophical ideals and theories, an examination of the evolution of the discipline of philosophy and its adoption (or reclamation) of active modes of learning, and an anticipation of the ways in which pedagogical practices will continue to evolve in the 21st century,” according to the editors’ introduction.

Oxley’s research and teaching interests are in applied ethics, feminist philosophy, political philosophy and moral psychology. She earned a Ph.D. from Tulane University. 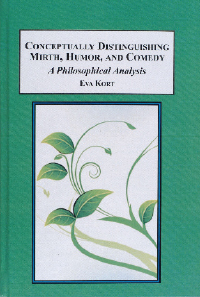 Eva Kort, a lecturer in CCU’s Department of Philosophy and Religious Studies, offers a new approach to the academic study of humor and comedy in relation to the traditional philosophical theories devised by Aristotle. Kort makes a case for differentiating the concepts of “humor,” “comedy” and “mirth,” singling out a “mirth tradition” that is rooted in everyday experience rather than performance. In addition to outlining the grounds for recognizing this conceptual distinction, the book explores and distinguishes two theoretical strains informing the understanding of humor.

According to the foreword by scholar Richard C. Richards, “Kort suggests that the usual interpretation of Aristotle’s comments on comedy does not address all he had to say… Such conclusions…call for a reevaluation of the foundations of the contemporary philosophy of humor on the grounds that the traditional approach to the field is conceptually confused… We may be on the verge of a revolution in the field.”

Kort has a Ph.D. in philosophy from the University of Florida. 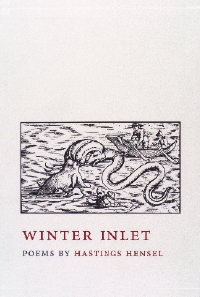 Hasting Hensel’s latest collection of poems is the winner of the Unicorn Press First Book Award. The book has earned high praise from lofty quarters in the poetry world for its keen musings on the sights and sounds of the South Carolina coastline, “where rare clusters / of starfish wash up again like old dreams.”

Mary Jo Salter, the distinguished poet who edits The Norton Anthology of Poetry, says: “Hastings Hensel is one of the most accomplished young poets now writing in this country. His wordplay and soundplay are intricate, deft, ingenious, calling up models from Hopkins to Merrill. The frequency of titles in this book containing the word Arrangement hints at his remarkable formal gift; he demands, though, that poetry’s high-spirited games also expose the plainest, deepest feelings. And the seagoing settings of Winter Inlet highlight how much Hensel has learned from the ebb and flow of experience.”

Hensel’s previous collection, the chapbook Control Burn, won the 2011 Iron Horse Literary Review Single-Author Contest. His poetry and criticism have appeared in numerous magazines and journals, including Shenendoah, New South, The Hopkins Review, Yemassee, The Greensboro Review and elsewhere. His work has been twice nominated for a Pushcart Prize. He also serves on the staff of the Sewanee Writer’s Conference and taught as a visiting professor in the fall of 2013 at his alma mater, the University of the South. 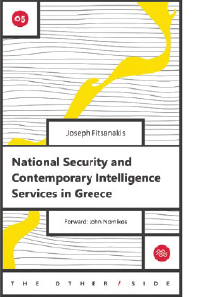 Joseph Fitsanakis of CCU’s politics faculty has written the first systematic scholarly attempt to delineate the organizational evolution of the Greek intelligence services and interpret their function within the context of modern European politics. An active participant in both World Wars, a hotbed of Cold War activity, and today a member of NATO and the European Union, Greece has a geopolitical significance that exceeds the country’s relatively small size and weak economy. Moreover, the dramatic changes currently taking place in Greek politics and society are analyzed through the prism of intelligence and security in what is one of the most volatile and unpredictable regions in the world.

The book argues that the challenges facing Greek society, such as the extreme economic austerity, the rise of radical politics and the near-unprecedented flow of immigration, are creating a new operational framework for the country’s intelligence services that will eventually become the norm throughout Europe.

Fitsanakis has taught and written extensively on subjects such as international espionage, intelligence tradecraft, counterintelligence, wiretapping, cyberespionage, transnational crime and intelligence reform. He is a frequent contributor to the BBC, ABC, NPR and other major news organizations.

Charting the Roots of Anti-Chinese Populism in Africa 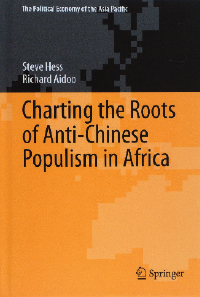 By Steve Hess and Richard Aidoo

This new study of Sino-African relations co-written by Richard Aidoo, assistant professor of politics at CCU, examines China’s impact on the socioeconomic conditions of sub-Saharan Africa (SSA). Chinese investment in the region in recent years has caused Africa to shift its allegiance away from the status quo powers of the West, including the United States.

From the publisher’s description: “Instead of asking whether or not China’s role in SSA is a positive for the continent’s political, economic and social development, this book focuses on often overlooked African publics and how they perceive China’s engagement. Moreover, instead of constructing a uniform ‘China meets Africa’ narrative, this work examines China’s presence in sub-Saharan Africa on a country-by-country basis, accounting for the intensity of Chinese engagement, the country’s domestic political institutions, and the way in which political entrepreneurs within these systems choose to utilize Chinese involvement as an instrument of political mobilization.”

Aidoo has a Ph.D. in political science (international relations and comparative politics) from Miami University of Ohio.

His current research focuses on the varied impacts of the expanding role of China in the changing political economies of African states.