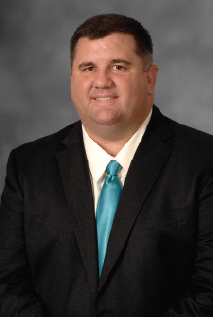 CCU’s Sports Information Director Mike Cawood gets a rare inside look at the biggest event in sports. 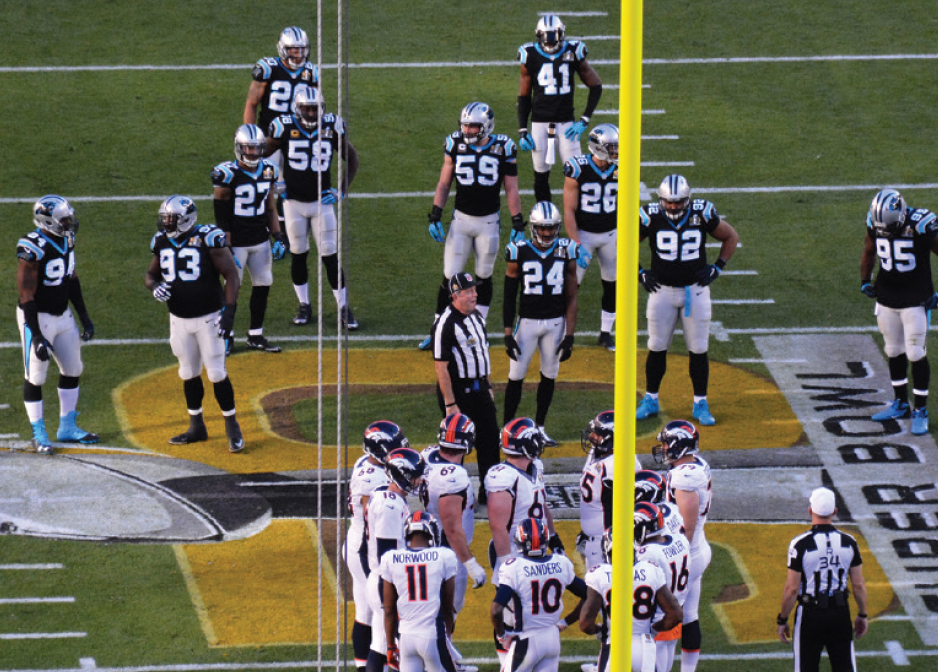 It was the opportunity of a lifetime for Coastal Carolina University Sports Information Director (SID) Mike Cawood.

“It’s very rare that a college SID gets to go to a Super Bowl,” said Cawood. “Each Super Bowl team has 50 or 60 players. They all went to college somewhere, and there’s obviously no way that all those SIDs could get in to the biggest event in professional sports.”

So when CCU Head Football Coach Joe Moglia arranged a spot for him in the press area at Levi’s Stadium in Santa Clara, Calif., for Super Bowl 50 on Feb. 7, Cawood was definitely in. Moglia thought it was important for CCU to have a presence at the game to support our alumni players and made it possible for Cawood to attend.

His primary job was to cover the two CCU alumni who were playing in the game, Mike Tolbert ’07 and Josh Norman ’11 of the Carolina Panthers. It was the first time a Coastal Carolina Chanticleer had played in a Super Bowl. On Media Day, the

Thursday before the game, Cawood got a warm welcome from the two players at their respective tables. “As former Chants, they were genuinely happy to see a representative of CCU there,” said Cawood, who had the chance to rub shoulders with many sports elites as well as Snoop Dogg at the pre-game event.

Because there is so much media interest in the Super Bowl, only representatives of the national and international network and cable organizations get to work in the official press box. Cawood and approximately 500 other media personnel occupied the second-level horseshoe area of the stadium behind the end zone, which was reserved for the rest of the media.

“In reality, I had a better seat than the guys in the press box,” said Cawood, “because they were eight floors up and in the corner, whereas we had great seats that were out in the open, but still covered.”

There are certain rules of professional etiquette and decorum that members of the media follow at sporting events. “There’s no cheering, no clapping,” he said. “It’s such a different perspective from what a fan experiences. Anyone watching us who didn’t know the rules would have thought we didn’t enjoy the game, which definitely wasn’t the case. Oddly enough, I thought the game went by much faster in real life than it does on TV.”

Although the Panthers lost to the Denver Broncos and both Tolbert and Norman were understandably somber when he met up with them after the game, Super Bowl 50 will be the one Cawood will always remember.

“Just to be there and be a part of it was pretty amazing.” 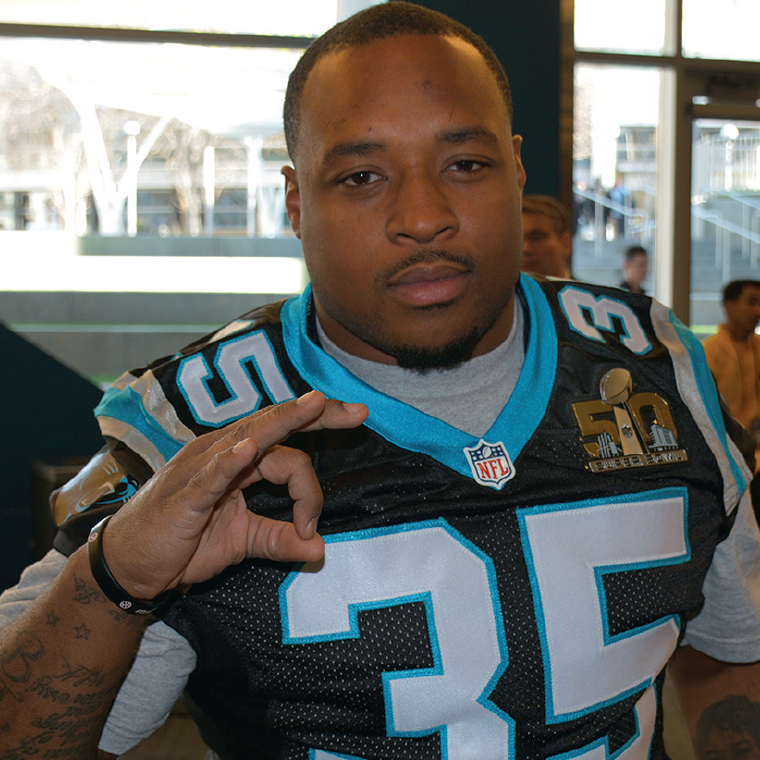 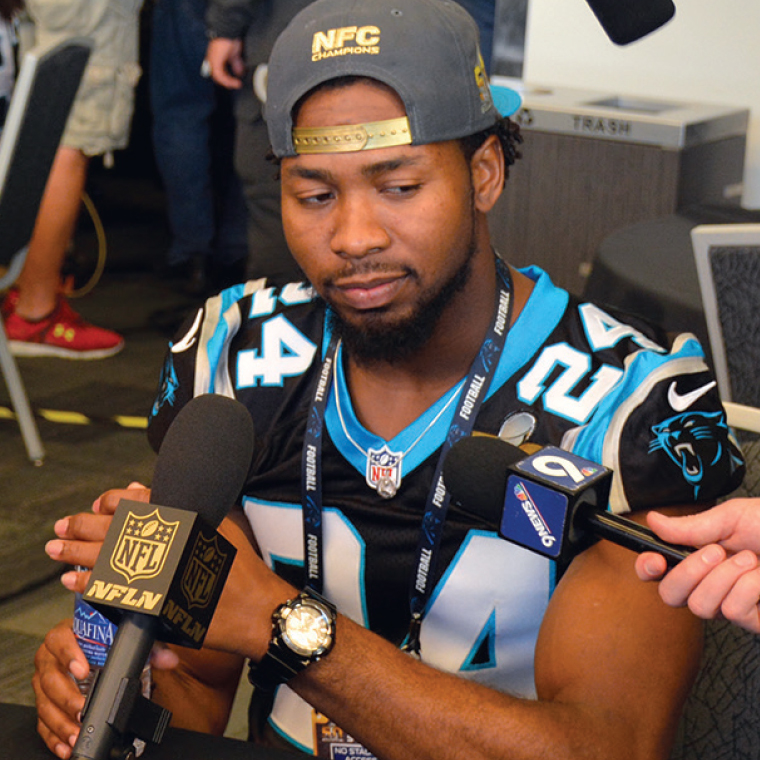 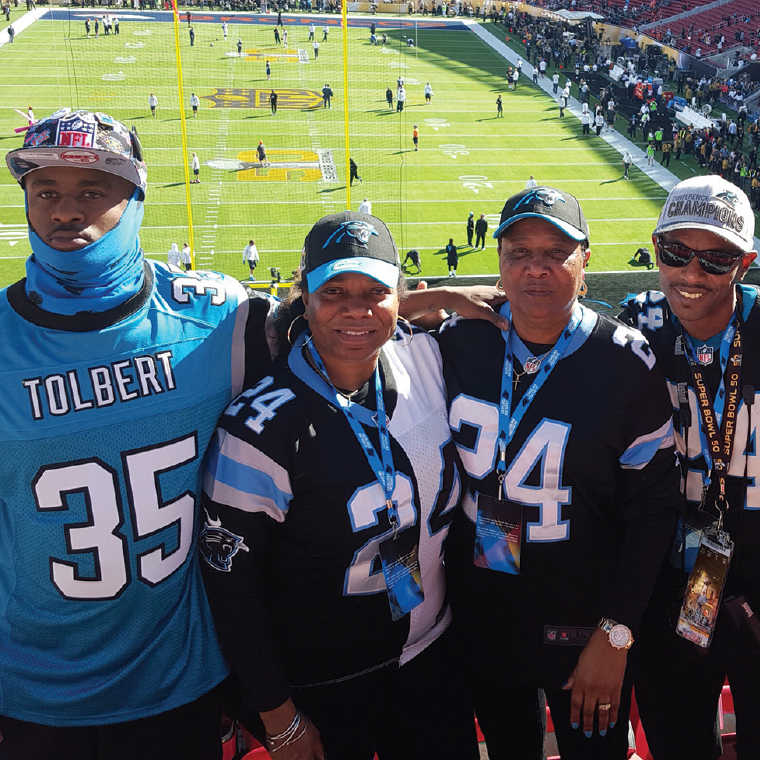 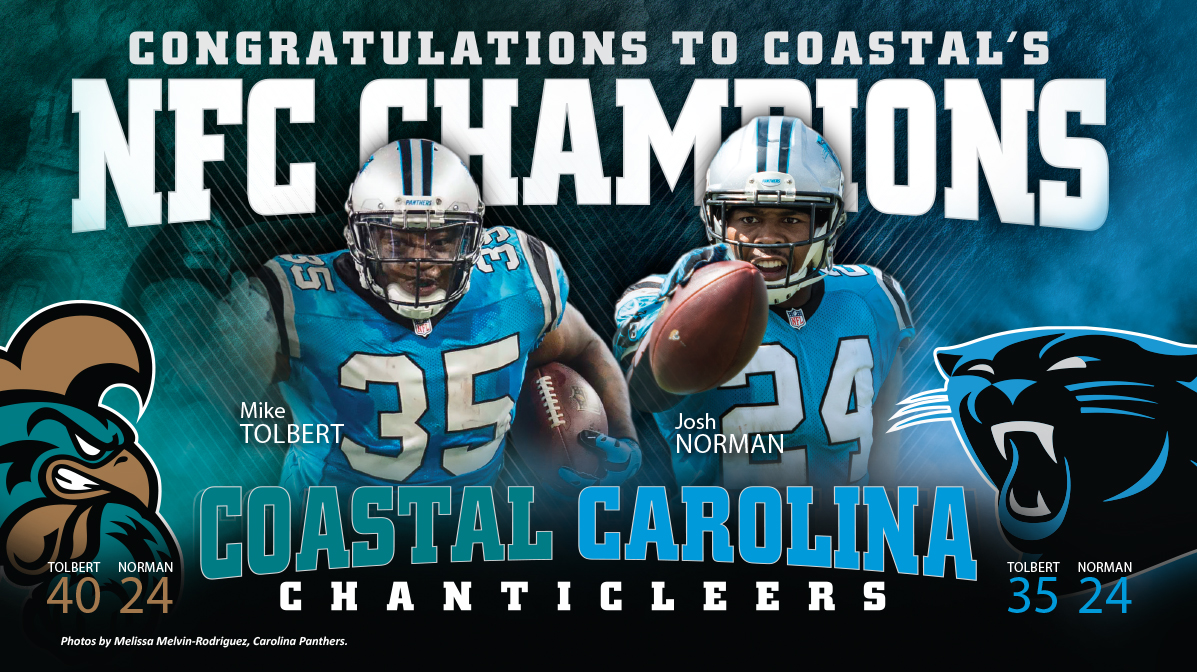