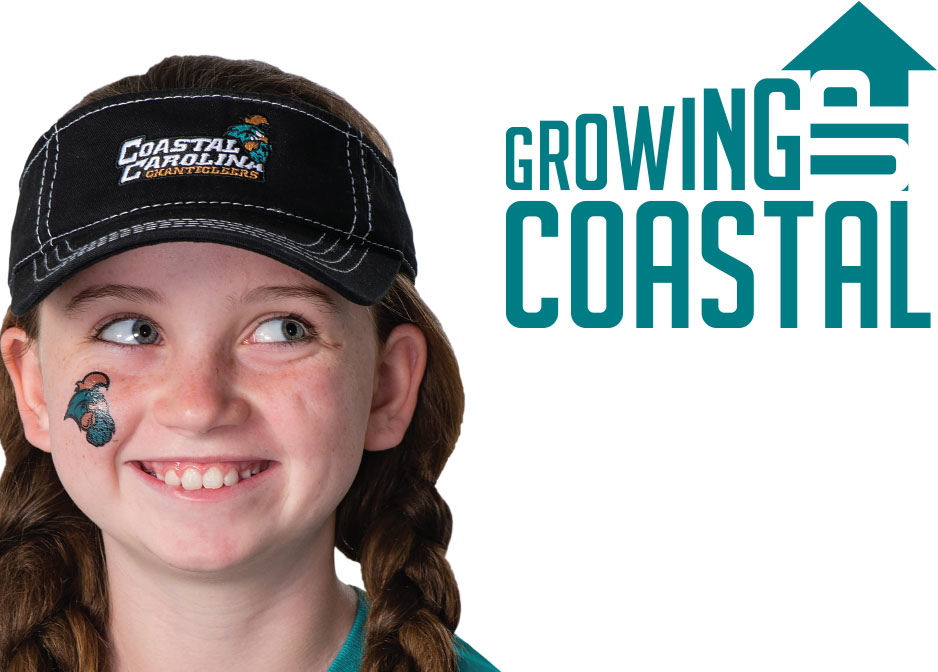 In the generation since Coastal Carolina became an independent university, the strong sense of affiliation and identification that CCU alumni and friends feel toward the institution has played a big part in transforming its stature and its significance as a force in the region, the state and beyond. As this sense of connection grows, an increasing number of families are passing their Coastal genes down to new generations. The birth of Teal Nation is proof that Coastal is growing up.

Chauncey seems to be everywhere you look these days. On bumper stickers, license plates, clothing, business signage, department store racks, the Coastal Carolina University image is ubiquitous.  It’s hard to believe, considering the great proliferation of Coastal “gear” in the local culture and the rapid spread of the CCU identity beyond our region and state, that just a few years ago, this was not the case.

Coastal was founded in 1954 as a junior college, a place for local residents to pursue higher education. Often in the early years, Coastal was viewed both as an opportunity for those who couldn’t afford to leave the area and sometimes as a second or third or final choice for students who didn’t qualify to attend elsewhere.

Since 1993, enrollment at CCU has increased 137 percent. The average enrollment increase of degree-awarding postsecondary institutions during the same time was 18 percent, according to the National Center for Education Statistics. The number of undergraduate programs offered has increased 102 percent in that time, from 36 to 73. In 1993, CCU had 27 campus buildings; now it has 115. More than $8 million in grants, scholarships and other financial aid was awarded in 1993. In 2016, that number has grown to more than $83 million. From an almost exclusively local enrollment in the early years, CCU now welcomes students from every state in the country and 144 foreign nations.

CCU is now the fourth largest university in the state, following the University of South Carolina, Clemson and the College of Charleston. The growth is evident and unique. The momentum had been gathering long before the College World Series win last June, but that unforgettable event has magnified the scale of Coastal’s ascent. 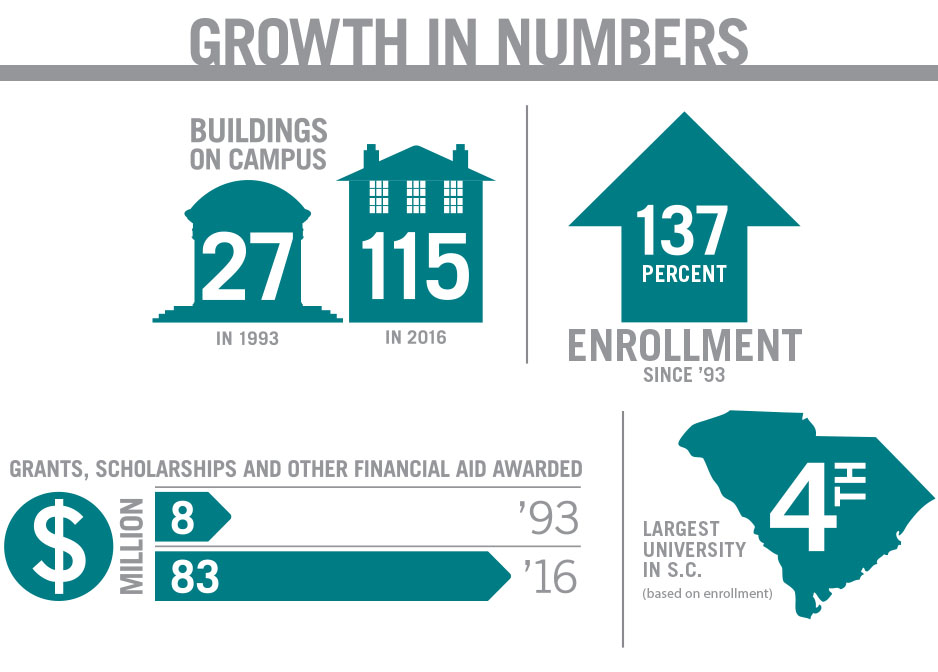 Longtime faculty and staff members have a deep perspective on how far we’ve come. Eldred E. “Wink” Prince Jr., the director for the Waccamaw Center for Cultural and Historical Studies and professor of history, started teaching at CCU in 1987. His father, Eldred Prince Sr., played a role in Coastal’s founding and early years of growth. As a lifetime local resident and faculty member for 30 years, Prince has watched Coastal’s growth and evolution from within and without.

“I would not have thought in 30 years we’d be where we are now,” he says. “I thought we’d continue to grow, maybe to 5,000 or 6,000 students and another building or two here or there, but we’ve grown a lot faster. There’s a difference between growth and evolution; something can grow but not get any better, it just gets bigger. Coastal has evolved into a significant higher education program.”

I chose to attend Coastal because it was where my family went to school and a place that I grew up supporting.

That kind of growth, he says, is not typical. “When I go to conferences and interact with colleagues from other universities, some of them have been growing, others are having a hard time keeping their heads above water.”

Others feel the same way. In a media interview Athletic Director Matt Hogue gave in the weeks following the baseball team’s national championship, he recognized the uniqueness and rarity of not just the win, but of the rapid evolution of CCU in general.

“In terms of the totality of what has happened at Coastal in such a short time, we are unique,” he says. “We have so many innate ingredients that make this university attractive.”

John Beard, associate provost and former professor of English, agrees. He started teaching at Coastal in 1988, and has served in a number of capacities during his tenure, including director of freshman composition and interim dean.

“I never predicted or expected what Coastal is today,” he says. “We had a building plan and aspirations, but I don’t believe anyone, no matter how ambitious, could have seen this 30 years ago, or even 20 years ago.”

Growth has always been part of the plan for CCU, and it has kept pace with the growth of the surrounding community.

Beard credits the University’s strong, consistent leadership over the years as being the one constant quality amid so much change. “I’m very impressed by the people who are in charge and taking responsibility,” he says. “You want the students to do well, but if you don’t have good leadership and dedicated people, it can’t go very far. We’ve been lucky to have these dedicated people with responsibility and integrity.” 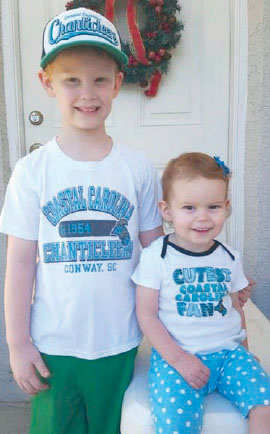 Coastal has been blessed with devoted alumni since its first group of two-year and continuing education students attended in the mid-1950s. Many of those dedicated alumni from the 1950s, ’60s and ’70s worked tirelessly to develop the foundation for the CCU we have today. Although it has taken years to build an alumni base large enough to fuel Coastal’s current trajectory, the seeds of pride and affiliation have been sewn over a long period, and by now they have developed deep, multigenerational roots.

Conway natives Ray and Robin Causey met while they were attending Coastal in the 1980s. Ray earned a bachelor’s degree in business in ’86, and Robin received an associates degree in ’84. Their daughter Morgan Causey Pierce graduated in 2012 after meeting her then-future husband and fellow Chant Josh Pierce ’13. Coastal has always played a significant role in Morgan’s career and her life.

“I chose to attend Coastal because it was where my family went to school and a place that I grew up supporting,” she says. “Coastal brought me the wonderful guy I get to call my husband, and some of my most favorite memories are attending athletic games. But professionally, the biggest impact CCU had on me was how well prepared I was for my postgraduate studies. I excelled in graduate school and was more successful than many of my peers who attended more ‘prestigious’ universities.”

After earning her undergraduate degree at CCU, Morgan earned a doctorate of pharmacy degree from the Medical University of South Carolina and an MBA from the Citadel. She works as an infusion pharmacist at the Cancer Center at McLeod Regional Medical Center in Florence, and Josh is a physical education teacher and football coach at Marlboro County High School.

Morgan and Josh’s son, Ryan, may have been the youngest Chanticleer in attendance at the College World Series, she says. “Ryan was in Omaha to watch Coastal win the CWS—he was just in my womb!”

She can’t wait for Ryan to grow up experiencing CCU as she did.

“To see where we have come is truly amazing. Coastal stands on its own and has risen above USC in so many ways,” she says. “It has made such a positive impact on our community. I can’t wait to see where Coastal is headed, and when people ask Ryan [someday] if he is a Clemson or a Carolina fan, he will say, ‘Neither, I’m a Coastal fan,’ because that’s always my answer.”

Alumna Susan Kenny’s boys say the same thing. She earned a bachelor’s degree in early childhood education from CCU in 1998 and a master’s degree in 2004. Her ex-husband, Sean, graduated in 2000, and their two boys, Liam, 12, and Lucas, 9, already call Coastal their home.

“Liam bleeds teal!” she says. “His bedroom, school binders, everything shows his pride for Coastal. He hopes to play baseball for CCU in his freshman year. And Lucas is very proud of his Coastal roots. He’d like to attend CCU in 2025 and play soccer! Both boys have their names on my alumni brick as my CCU legacy.”

Kenny, who has lived in Myrtle Beach since 1996, has noticed over the past decade how the community has developed more pride in its hometown university and embraced the school and teams as its own. Though both her boys have athletic aspirations and motivations, Coastal’s impact extends far beyond sports, she says.

“Coastal produces teachers every year eager to begin their teaching careers,” says Kenny, an Horry County teacher herself. “As a parent, I feel confident in my children’s teachers when I know they from CCU. I know they are prepared and have been trained with the latest teaching methodologies.”

Athletics opened the door for Kali Banghart Hurry, a 2006 graduate who played volleyball for Coastal, and baseball player Jake Hurry ’06, as well, but it was the educational experiences Coastal offered that had a lasting impact on their lives.

“I chose Coastal because I didn’t want to be just another number at a larger university,” Kali says. “I wanted to be able to get my education at a place where I could know my professors and they would know me. … The educational experiences that Coastal had to offer allowed me to learn firsthand skills, challenges and practices that I needed to be successful. Some of those experiences have stuck with me so much that I still reference them today.”

Kali says Jake had a similar experience. “He decided to attend Coastal for the baseball program and because it was a smaller school that had a more intimate learning setting. He now takes the knowledge and passion for the game that he learned at CCU and gives it to the next generation as a  high school baseball pitching coach.”

Being a part of the evolution of Coastal Carolina University is a unique experience. So unique, in fact, there’s a name for it.

If you’re a member of Teal Nation, you know what it means. “Teal Nation means a giant family,” Kali Hurry says. “Anyone who currently is or has ever been a Chant is part of that family and understands what it means to be a Chant.”

“It’s being connected to complete strangers because of our love for our school,” says Morgan Pierce. “It is about being a part of something big and something that is making an impact in both our community and our nation.” 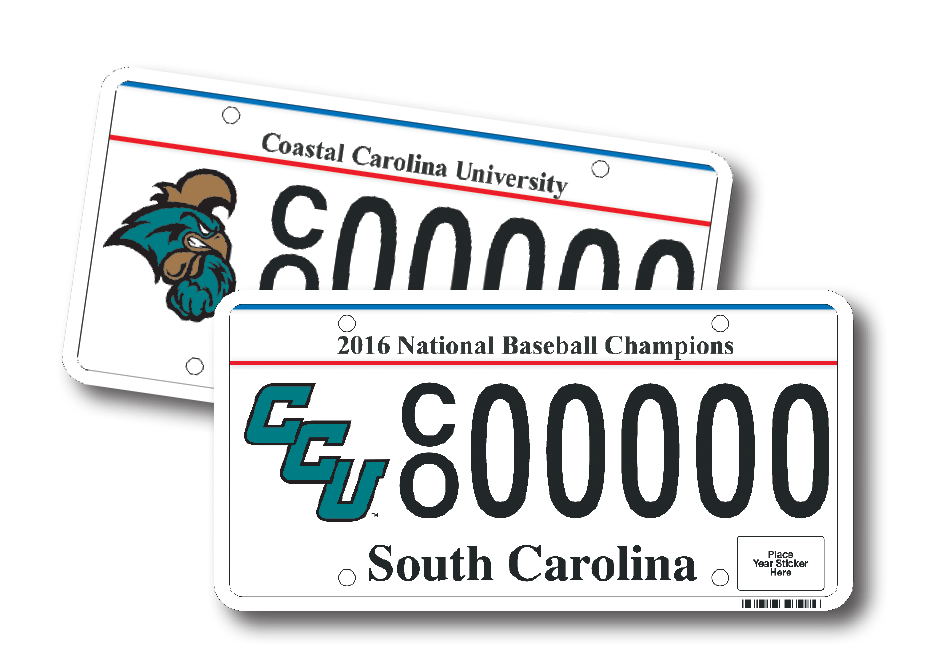 A milestone for all teenagers as they grow up is getting their driver’s license and, perhaps, a car of their own. When that day comes, Teal Nation teens now have two options for license plates that will tout to everyone on the road which university they support and plan to attend. A contemporary teal and bronze design with the Chanticleer logo has been available from the Department of Motor Vehicles since 2013, but new this year is a plate design that highlights the 2016 College World Series baseball champions.

Perhaps Teal Nation can best be described via an experience Wink Prince’s youngest son had during the football game CCU played against Penn State in State College, Pa., in 2008.

“His seats were up in the area they’d sold for Coastal, and he said that people from all over the United States were there,” Prince fondly recalls, tears of pride in his eyes. “He told me everyone was hugging and that it was just like a bit of a reunion. And ‘the football game was OK,’ he told me, ‘but that was just secondary.’

“Here he is in Pennsylvania, and here are all these people wearing their teal and black and bronze, and he talked about what an almost spiritual experience it was.

“That’s a good place to hang your hat, don’t you think?”