About Us - Coastal Carolina University
In This Section

Johnson brings 17 years of litigation and transactional experience from both the private and public sectors, including in the areas of educational law, public administration and organizational management, having represented public school districts, charter schools, and various municipalities and corporate entities in private practice. Most recently, he has served as general counsel at Midlands Technical College.

Katherine Brooks was named deputy university counsel in 2018. She held the position of associate legal counsel until 2018 and worked in the areas of risk management and contract management in 2015-2016. In addition, she served as a compliance intern at CCU in the summer of 2014.

Brooks is a member of the National Association of College and University Attorneys (NACUA) and The Coastal American Inn of Court. She has completed training as a Title IX Coordinator through the National Association of College and University Attorneys. She graduated cum laude with a bachelor's degree in criminal justice and sociology from the University of South Carolina in 2012, and her juris doctor from Charleston School of Law in Charleston, South Carolina, in 2015, where she served as editor-in-chief of The Federal Courts Law Review and was a recipient of the “Giving Back Award” for outstanding efforts in public service and leadership. 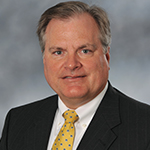 He served CCU as assistant director of residency in the Office of Admissions for three years. Prior to working at CCU, Hutto was in private practice for more than 20 years, serving as shareholder for 16 years, with a primary focus in the areas of estate planning, probate administration, residential and commercial real estate, and business organization.

Hutto is licensed to practice in South Carolina. He is industry certified in electronic contract management. 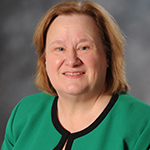 She is a member of Higher Education Legal Managers and the National Association for Legal Assistants. She is industry certified in electronic contract management.