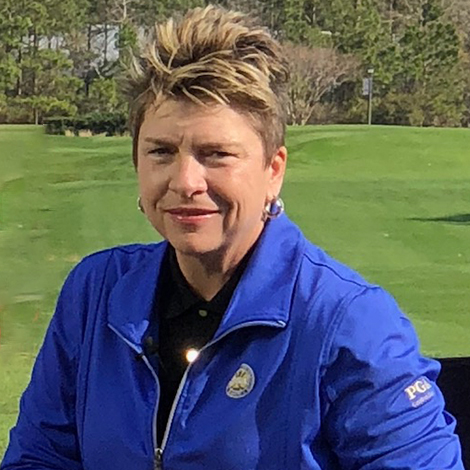 In 2018, Cribb was elected president of the Carolinas PGA (CPGA) Section; she is the first woman to hold this office.

Cribb has served the CPGA in various capacities. She was elected area VII director in 2011; area directors are elected by geographical location. She was elected to serve a two-year term as secretary of the CPGA in 2014, and as vice president in 2016. She has also been invited as a featured speaker during the PGA’s Annual Merchandise Show and Education Seminar in Orlando, Fla. She served as the Carolinas PGA Section Board Area VII Director from 2012-2014 and was elected vice president of the Carolinas PGA Section in 2016. She was named the recipient of the Carolinas PGA Section Horton Smith Award in 2015 for her outstanding contributions to PGA education. She has been a PGA member since 1997 and has held assistant and teaching positions at Legends Golf Resort, Heritage Golf Club and Bay Tree Resort.

Cribb’s duties as CPGA president include presiding over the section’s annual meeting and section board of directors’ meetings; appointing committees and chairpersons; representing the section at national PGA meetings, serving as the chief spokesperson for the section; and working closely with the section executive director on the section’s business development strategic plan. Cribb will serve as president of the Carolinas PGA Section until 2020.