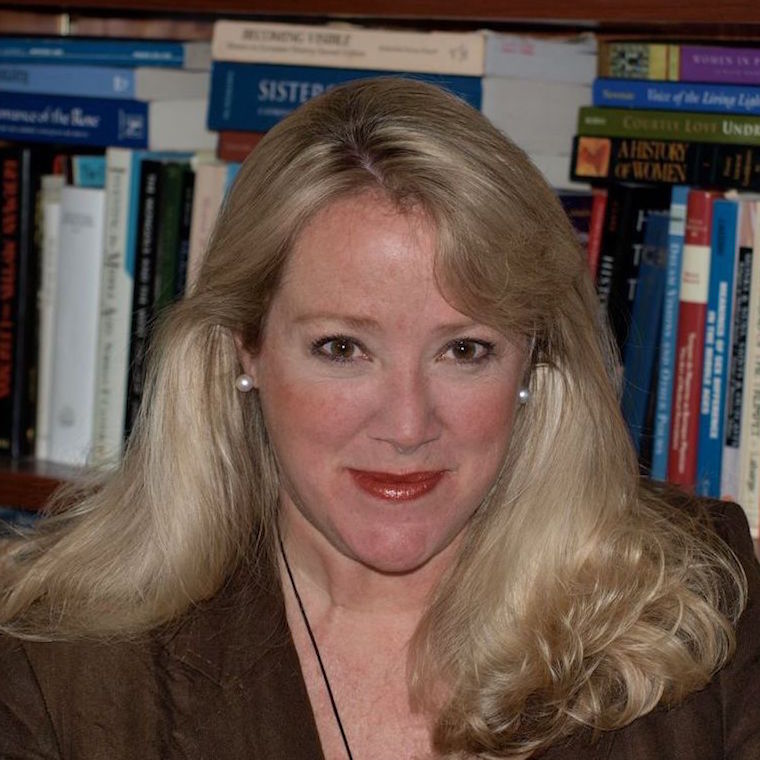 The farther back you can look, the farther forward you are likely to see.” -- Winston Churchill

Eliza Glaze is Professor of History at Coastal Carolina University. Since arriving at Coastal from a Visiting Assistant professorship at the College of Charleston in August 2003, she has served also as the chair of the History Department and co-director of the University Honors Program. A strong advocate for Study Abroad, Glaze has led numerous CCU Study Abroad programs to Italy, England, and Ireland.

In her teaching, Glaze explores the interstices between the intellectual and social histories of the Middle Ages, including courses on the History of Western Medicine from Greek Antiquity to the Italian Renaissance; the Norman Conquests of England, S. Italy and Sicily; the Middle Ages; the Age of Crusades; Sexuality and Gender in Medieval Europe; Manuscripts and Archives; and the Byzantine Empire.

Glaze’s broader research interests involves identifying, collecting, and analyzing manuscript evidence to better understand patterns of medical textuality in early and high medieval Europe, of medical pedagogy and practice in and around Salerno, Italy, and the dispersal of that knowledge across Europe during the later 11th and 12th centuries. Her monograph on the subject will be published in the coming year. Glaze’s work as co-principal investigator for the project "Excavating Medicine in a Digital Age: Palaeography and the Medical Book in the Twelfth-Century Renaissance" has contributed to the first published book-length outcome of that meeting, a monograph examining the work of Constantine the African, an eleventh-century North African native who translated many Arabic medical texts into Latin after settling as a refugee in Salerno and working subsequently at the Abbey of Monte Cassino, where he died “full of days”.

Glaze's most recent publications include “Salerno’s Lombard Prince: Johannes ‘Abbas de Curte as Medical Practitioner,” v. 23 (August 2018): 177-216, the Introduction to Medicine at Monte Cassino: Constantine the African and the Oldest Manuscript of his ‘Pantegni’, (Turnhout: Brepols, August 2019), and “Authority: Trusting the Text in the Early Middle Ages,” A Cultural History of Medicine, (Bloomsbury 2021). An article “Monte Cassino and the Isagoge: The Three Beneventan Manuscripts of Constantine the African’s Latin Translation/Adaptation of Ḥunayn ibn ’Isḥāq’s Arabic Treatise” (co-authored with Emma Glen, Han Yang, Ben Lee, and Francis Newton) will appear very soon in the Bibliografia dei Manoscritti in Scrittura Beneventana vol. 30 (in press 2022). Early work on that project was featured in the Edwards College Tapestry magazine Fall 2020.

Glaze was recently awarded a 2022-23 NEH Fellowship by the Consortium for the History of Medicine and Science for her project "Medicine in the Making:  Reading Hippocrates and Galen at Monte Cassino and Early Salerno."

More on her publications can be found at her Academia page online.

Medicine, pharmacy, and trade in the medieval Mediterranean; Medieval Italy and the transmission of ideas and commodities c. 500-1200 CE; Manuscripts/ Latin Palaeography; Digital History of Textuality

Glaze was the first Humanities scholar in South Carolina to win the Rome Prize, a year’s research at the American Academy in Rome supported of the Andrew W. Mellon Foundation.

In 2010-11, she held an NEH sabbatical fellowship and “Conversations” grant at the National Humanities Center.

A lifelong hound and gardening enthusiast, Glaze has been active in greyhound rescue since 1991, and worked in landscaping throughout college and graduate school.