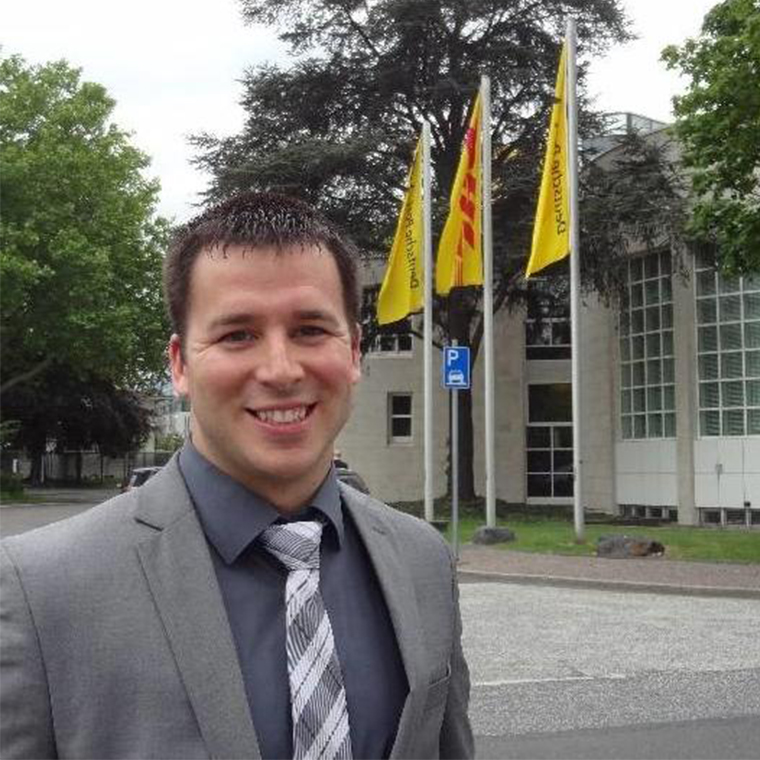 Study abroad gave me the confidence to succeed in the world.

Sitting in the global headquarters of Deutsche Post DHL, a world-wide leader in logistics, CCU alumnus Adam Folk (BSBA Management 2011) enthusiastically reflected on the role of study abroad in bringing him to his current job as key accounts program manager at the global company in Bonn, Germany.

A student from Pennsylvania, Folk knew that study abroad was something he was interested in from early on in his studies at CCU. He acknowledged that he was not the most diligent student at CCU at first. When he realized that he’d need to improve his GPA to recognize his dream to study abroad, he began to treat his classes like a job. “That’s when it really made sense to me, “ he said. “When you treat your classes like a job, you approach them with a different attitude, and you are more successful.”

Folk spent the spring of 2011 studying abroad in the Certificate in International Management program at Hochschule Bonn-Rhein-Sieg, Germany. Studying abroad at a CCU-partner institution enabled Folk to pay in-state tuition for that semester of coursework, saving his family about $5,000. His family provided that money to Folk to use to support his stay in Germany for four months.

“I never thought about this ahead of time, but providing me with the money and having me manage it was a tremendous learning experience in and of itself," he said. “It helped me become more responsible, as that was my budget, and I had to make good choices.” The beginning was not easy according to Folk. “I had no Internet. I had not yet gotten a local cell phone. I was learning how to get around. Everything was different. I felt very alone. There were 30 students in the International Management Certificate Program at the Hochschule Bonn-Rhein-Sieg, who represented 15 countries and could speak roughly 20 different languages collectively. I was the only American in the program and the only person in my international management class (in Germany) who was not at least bilingual,” he said. “That was an eye-opener and a sign that if I expected to work abroad, I was going to have to up my game.”

Folk took great advantage of his study time abroad by actively participating in the numerous classes and project work. He developed the ability to work seamlessly with people from multiple backgrounds and the personal relationships with each of them to be able to ask what was wrong if things did not appear to be going well.

After returning to the USA and graduating from CCU, Folk moved to Charlotte, N.C., where he worked for a small IT company for just a little more than a year, but he knew that he wanted to work abroad. He decided to sell everything he owned, short of a suitcase full of clothes, and bought a one-way ticket back to Bonn, Germany, to pursue an international career in September of 2012.