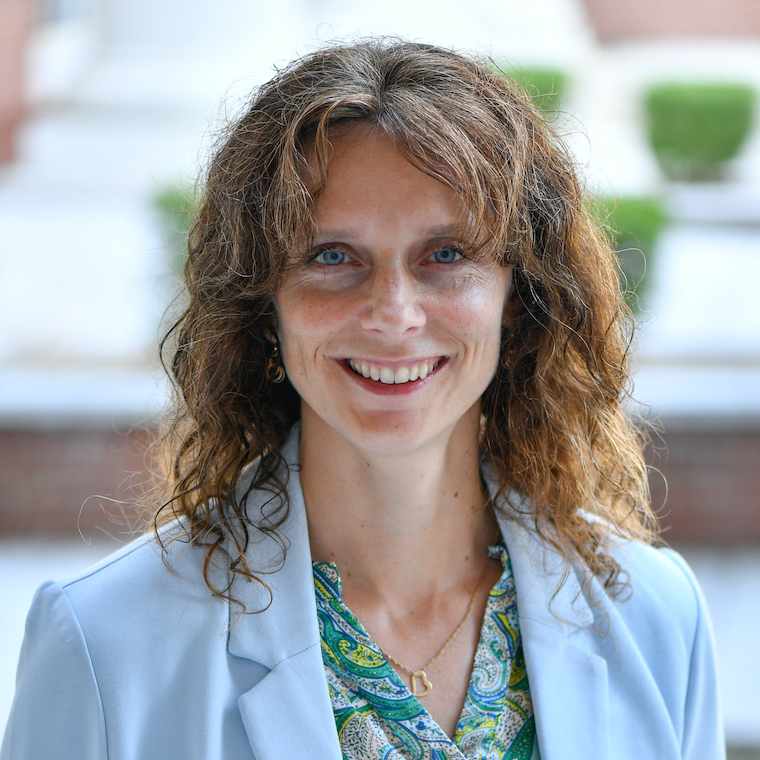 I suspect...that much human violence is generated simply by resisting the fuzziness of our own categories of sociocultural division." --Daniel Boyarin

Erika Tritle grew up in Minnesota and South Dakota, the daughter of a Presbyterian minister and a public school teacher and the younger sister of two brothers who coached her soccer teams and carried her by her ankles. She found herself both participating in church life and observing it. And then she found herself wondering about Jews, and Muslims, and so on. She encountered medieval Christianity in graduate school and combined that with her interest in Spain and in the way Christians construct themselves against Jews to write her dissertation, To the Jew First and to the Greek: Alonso de Cartagena and the Problem of Jewish Flesh in Fifteenth-Century Spain. Her husband and their two children showed the ultimate support by accompanying her for almost 19 months in Israel where Dr. Tritle served a Fulbright postdoctoral fellowship with the Center for the Study of Conversion and Inter-Religious Encounters at Ben Gurion University of the Negev. Prior to that, Dr. Tritle taught courses in history, religious studies, ethics, and interdisciplinary studies at South Dakota State University.